SOMETIMES THE best-laid plans are those you don’t lay out at all. I’d been meaning to pay another visit to my home province of Romblon, where I was born 61 years ago, but I kept putting it off from one year to the next until that absence became 20 years.

The last time I went home in 1994, I was with my father Jose Sr., who incidentally would have marked his 92nd birthday today; he died in 1996, so that trip was also his last journey home. We were born in the same small seaside town of Alcantara on Tablas island. When I went there to address the graduating class of the local high school, the marching band spelled out my full name and WELCOME TO ALCANTARA under the hot summer sun. I felt bad for the kids but deeply appreciated the gesture. I don’t think most of them had any idea who I was and what I’d done, but why should they? The only writers they knew were probably white and dead.

But Romblon has been good to writers (NVM Gonzalez was born several kilometers and 40 years ahead of me), offering a wealth of material as lustrous as its signature marble. And like marble, sometimes it lies starkly bare on the surface, and sometimes its veins need to be probed and palpated. My first novel, Killing Time in a Warm Place (Anvil, 1992) was set largely in Romblon, based on the events and discoveries of a long summer I spent there as a ten-year-old boy in 1964. Those discoveries included my grandfather’s windowed tomb, an enchanted mountain, and sweet water bubbling out of the mountainside, not to mention a crush or two on an older girl. Ten years later I returned with a wife heavy with child, seeking refuge from one of the many dragnets cast by martial law, and it wasn’t government agents my aunts sought to protect my wife and unborn baby from, but other evil spirits best kept away by a wad of herbs pinned to Beng’s chest called a carmen-carmen.

Two Fridays ago I had and took a sudden chance to return to all that, upon the invitation of my niece Susie and her husband Toto, who had to make a quick weekend run on family business to Bgy. Guinbirayan in Sta. Fe town, about an hour’s dusty drive from Alcantara. My mother had been born in Guinbirayan in 1928 and I myself had many happy memories of the place from 1964 of picking up sea shells at low tide and gorging on duhat as fat as my thumbs. I had a mountain of work set up on my desk for the weekend, but how could I possibly say no? I packed as much of my work as I could into my laptop, and Beng and I joined Susie and her sisters in a Pajero driven by Toto to the Batangas seaport, where we left the jeep and got on board a RORO vessel bound for Odiongan, Romblon’s busiest port. 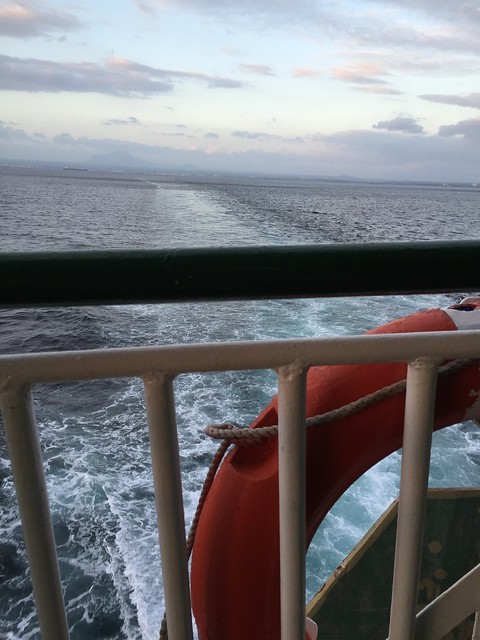 We left Batangas at sunset and arrived in Odiongan early in the morning, shaken and stirred by tall waves off Mindoro, but eager to board the waiting van driven by another one of my nephews (I would discover that I had a whole village full of them—my Lolo Cosme had a dozen children—and the word “Uncle,” in English, would resonate throughout our brief stay). Guinbirayan was another couple of hours away by a winding mountain road, now thankfully paved for the most part (“It depends on who the mayor is and on his political clout,” explained Toto), and getting there at sunrise, in time for a breakfast of grilled fresh fish, crabs, squid, and nilupak, proved well worth the journey.

We had just one full day in Guinbirayan—Susie and her siblings were getting their lots surveyed—so we spent most of that on the old farm feasting on fresh buko and native chicken, and in the afternoon we took a banca ride to Puro Island, where my mother still owns a small seaside lot, with much of the beach now washed away. The following morning, before boarding another RORO boat for Batangas, we paid a visit to my hometown of Alcantara, just long enough to say hello to a favorite aunt, Manang Adoring, and to note that a Globe cellsite now served that part of Tablas (Smart ruled the other part, so it helps to have two phones in such corners of the archipelago). By sunset, we were steaming out of the harbor for home.

Forty-eight hours after twenty years may not seem long enough, but brevity makes for intensity, and everything that I had seen and felt from my previous visits came swarming back to me with poignancy, making me more aware than ever of time past and time passing.

I went back to Lolo Cosme’s tomb, recalling my peek through its curious window in my novel: “I saw my grandfather’s skull on its macerated pillow, its teeth long and raw, the bone laced with patterns of black and yellow moonscapes and Great Walls of China running into the hollows and into the silver thicket of his hair—fine wiry hair that radiated above and around his brow like an aura, rampant, resplendent, indestructible.” That view was gone, as they had joined his bones with my grandmother’s and two aunts’ in a big concrete box. But the beach on which I had strolled many an afternoon was still there, and across it rose the massif of Kalatong, the enchanted mountain, where, my cousins and nieces swore, fairies and spirits abounded, ever ready to cast their spells on the unwitting visitor. “They can look like beautiful children riding golden chariots,” said one. “But they can also be evil.” 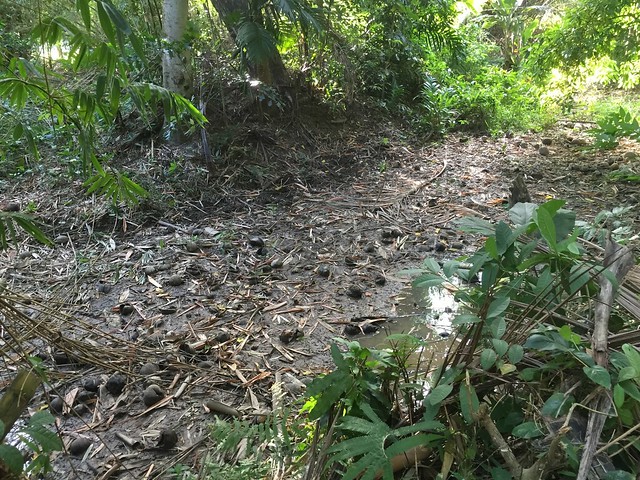 As we crossed fields of mango and cassava, I heard how one schoolgirl was known to have been possessed by these spirits, periodically falling into a trance: “She would faint on the muddy road in her white dress, then rise without a spot of dirt on her!” We were spared the carmen-carmen, but were warned about the kilkig, a slow-acting poison induced into one’s food, causing days of misery. My cellphone caught a signal on a hilltop and I called my mother in Manila, who cautioned me about meeting certain people: “They’re a family of witches,” she whispered.

We were, indeed, bewitched during that weekend, and entranced by the food, so I suppose there was some sorcery at work. The first thing I did when we got back was to book ferry tickets for a longer visit in March.