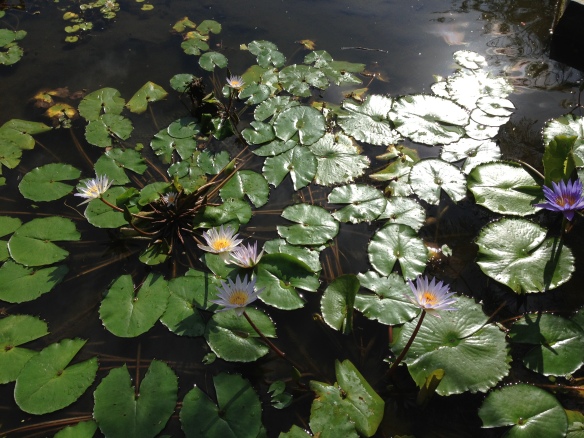 ONE OF the good things about holding the annual Taboan Philippine Writers Festival around the country and outside of Manila is the opportunity it provides to introduce us to writers whom we might otherwise have never known or heard about. Earlier this month, more than 40 writers from all over the archipelago gathered in Dumaguete, many of them meeting one another for the first time.

As I’ve noted on other occasions, writing is one of the loneliest professions; you’ll realize that when you’re working on a novel or a column like this one at 3 in the morning and all you have for company is the blinking cursor. Last week I wrote about the cliquism or the clannishness that our writing community has been accused of—not without reason. The truth is, like it or not, our best friends are often fellow writers, whom we count on for personal and professional support, since there’s hardly anyone or anything else out there to fall back on.

I think that’s entirely human—and, in our case, also entirely social, given how (despite this talk of a literary “elite”), we as a community are marginalized in the national mainstream. We may argue among ourselves, but on the whole, no one out there really gives a hoot about us and what we do, whether we’re Ramon Magsaysay awardees or some indie upstart trying to publish his or her first novel. So we close ranks, and find comfort in each other’s misery.

A big writers’ festival like Taboan goes a long way toward diminishing the writer’s loneliness, especially that of the writer working from the country’s geographical and political fringe—he or she can be lonely, yes, but certainly not alone.

Sometimes those connections to other writers cut across not space, but time. I was especially glad to have come to Dumaguete because of one session that—against all my expectations, for a Saturday morning that I would was itching to spend on the beach or on an airy hilltop—proved to be one of the most uplifting I’d attended in ages. It was uplifting not because the subject was a happy one—it was a gifted poet who, some suggested, may have killed himself at the age of 38—but because I discovered another Filipino writer whose luminous talent outlived him, not only in his books but in the inspiration that he provided others.

The writer in question was Artemio Tadena (1939-1977), and the session was held in Dumaguete’s small but picturesque Foundation University, Tadena’s alma mater. To be perfectly honest, not knowing Tadena or his work, we attended the session more out of a sense of duty than anything, but were rewarded by a brilliant discussion of a poet’s life and influence.

It was Myrna Peña Reyes, herself a fine poet and a friend of the late Artemio, who keynoted the session with a brief but moving account of Tadena’s life and work. Let me quote from that keynote:

“A high achiever with many talents, at 15, he won First Place for his water color painting representing the Philippines in an international UNICEF Contest that had gone around the world for judging.  In high school at the East Visayas School of Arts and Trade (now NORSU), he won First Place in declamation and oratorical contests, and he edited the school paper.

“At Foundation University where he earned an A.B. and a Law degree, he was English professor and English Department Head, as well as Head of the Office of Publications and Research at the time of his untimely death in 1977, the same year he also passed the Bar.  He had received the Most Outstanding Alumnus Award from Foundation in 1975.

“When we were already teaching at our respective schools, he at Foundation and I at Silliman, he would come over sometimes to the campus to look up people and to talk.  He did most of the talking, and I was a good listener.  It was always about writing and writers.  He admired Yeats and Hopkins and read Rilke and Pound and American poets like Robert Lowell and James Dickey, many others.  He favored Carlos Angeles and Edith Tiempo, among Filipino poets.

“He was a voracious reader, very well informed, and used a lot of what he gleaned from his readings in his poems.  For example, I know he didn’t speak French or Italian, but he used them in a poem or two.

“I recall borrowing books from the Library and seeing his written comments—in ink—on some pages.  He made copious marginal notes, quarreled with assertions in the book, approved of some, and left his comments as a permanent part of the book.  I recognized his distinctively beautiful cursive handwriting that he was most vain about.

“He published in national magazines and the Sands and Coral, and when the Silliman Writers Workshop was going on in the summer, he would come around to meet the writers and to go out drinking with some of the guys. Twice, he was an official Writing Fellow at the Workshop.  He was also a Fellow at the U.P. Writers Workshop held in Cebu in 1971.”

Tadena was a prodigious poet, publishing five collections of his poetry within seven years between 1968 and 1974. He won several Palanca Awards, including First Prize in 1974 for his last collection, Identities.

Sadly, hardly any of his books have survived, and although I had heard his name mentioned before, I had never really come across his work until that morning session in Foundation University. Aside from Myrna’s informative keynote, we also heard some very sharp commentary on Tadena’a poetry from two of his friends and former colleagues, the accomplished poets Cesar Ruiz Aquino and Francis Macansantos (incidentally, the same two fellows who took me in hand in the 1981 Silliman Workshop and infected me for life with their passion for poetry), who both acknowledged the older Tadena’s influence on their own work. Theirs were not fawning accolades, but sincere if sometimes critical evaluations of the craft of a poet imbued with a sense of the dramatic.

Artemio Tadena died of an asthma attack—some suggest he refused to take his medicine, although no one seems to have proof of that—in 1977, soon after he had passed the bar and while he was preparing for his first court appearance. One can only imagine what other wonders this southern light would have produced had he lived on.

I’ll close with another quotation from Myrna Peña Reyes’ keynote, describing the man’s poetry and providing a stirring example of it:

“From the poems, one senses a poet who thoroughly revels in the sound and flow of words.  In fact, one could say that he is literally drunk with words, sometimes, one feels, to excess, but the reader always feels he is reading poetry.  The same lyrical, eloquent, graceful facility and ease of expression that so impressed us in college mark the poems.  Many are moving, sharing wisdom of our human condition.

“In his writing style, Tadena was not an experimentalist.  Although his poems are complex, they are accessible.  His early models may have been the traditional British and Irish poets whose forms he borrowed (especially the sonnet), but his sensibility is modern, his style, his own.

“He is not a minimalist whose language is lean and spare, whose lines are short.  Although he has poems of regular line length, many of his poems’ lines are often long, dense, textured; his sentences compound and complex, often overflowing with clauses.  He uses the colon, semi-colon, and the dash unsparingly. For example, here is an excerpt from an early poem about a man and a woman in a tryst at a hotel, feeling very nervous about being seen:

“Although invisible eyes will always / Follow them wherever they go:  now, in noon’s bronze /Shifting for them into a haze

“Of gold where at first, enraptured / They gaze at each other; then suddenly look askance / To save nothing of this but the shared

“Absolution of each / Other’s need, each other’s fears—and what / Remorse can reach,

“And fortify, faithfully observed at first, and then / At first sight of each other woe- / fully abandoned.  Ears are clocks and / So is blood…” (In a Haze of Gold: The Other She)”

It may well be that there’s nothing lonelier than writing a poem, but nothing also assuages loneliness better than a poem.