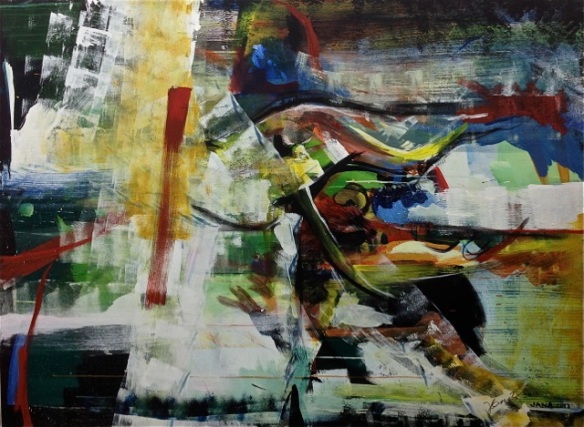 UNTIL VERY recently, the first and the only time I met Dr. Jose Conrado Benitez—better known to many by his nickname “Joly” (yes, with the single L)—was almost 40 years ago, when he visited and spoke to our class in Development Economics at the University of the Philippines.

I was working as a writer then for the National Economic and Development Authority, and my boss—the very supportive Gerry Sicat—had sent me, a college dropout, as a special student to UP to learn some economics quickly. I had been imprisoned under martial law and still carried my leftist sentiments with me, but there being few other options and being newly married, I decided to take my studies as seriously as I could.

There was something of a rivalry between NEDA on the one hand and the Ministry of Human Settlements and the Development Academy of the Philippines on the other, and Joly Benitez was associated with both latter agencies, so when the young Deputy Minister of the MHS came to our class, I can’t say that I was in a very welcoming mood, his ministry (and its chief, the First Lady Imelda Marcos) being seen then to be the source of some of the strangest ideas to have come out of martial law. Still, I was impressed by Benitez’s energy and enthusiasm, and while I remained a skeptic, I found myself opening up to the heretical notion that—with the right leadership and intentions—martial law was an unprecedented opportunity to get some things done right. (Of course, by and large, that didn’t happen, and I was out of NEDA in 1983 and on the street at EDSA in 1986.)

Flash forward to a few weeks ago, on February 21: that evening, a crowd began to gather at the newly established Erehwon Center for the Arts in Old Balara, Quezon City for the opening of “Apple by the Tree,” an exhibition of paintings by the father-and-daughter tandem of Joly and Jana Benitez. I had been invited to the opening by my old friend, kumpare, and Erehwon founder Raffy Benitez, a cousin of Joly. Perhaps ironically, Raffy and I had become friends in martial-law prison; when he later opened a printing press, Raffy drew on some unused paper stock and became the publisher of my first book, Oldtimer and Other Stories, in 1984. In other words, he’s a guy I can’t say no to, and when he invited me to the Benitez exhibit, despite having other plans for the evening, comradeship and curiosity prevailed, and I went.

Joly Benitez was the revelation. The Stanford-trained technocrat may be more at home with economics, but he stood his ground alongside Jana, working in the same style but mainly in black and white. What was even more remarkable was that, six months earlier, he had been close to death, with a debilitating kidney disease that required dialysis four times a week. “People were already calling me a widow,” said his wife, the banker Joanne de Asis. A timely transplant gave him a new lease on life—but it was the return from New York of Jana and their painting sessions that gave Joly a fresh reason to hang on.

Intrigued by this turnabout, I interviewed Joly—who was still visibly weakened by his ordeal but fit enough to climb four flights of stairs—and asked him about his new avocation. It turns out that painting wasn’t all that new to him.

“I had painted before,” he said, “from the time I was a high school teenager, hanging around and going to the PWU School of Fine Arts, after classes from La Salle high school. Even during my stint in government, I did some ten large canvases which I then displayed in the Technology Resource Center. At my home in Cubao, I hosted the Philippine Association of Printmakers, and we had weekly figure drawing sessions. I have painted in brief but intense spurts over various intervals for the last five decades. At this point of my life, I feel more confident and comfortable about displaying my paintings in public, and to continue to explore various modes of abstract self-expression.”

His new work is concerned with perspective, such as how one might see Earth from space. “Sometime ago, I did a series of over ten ‘Earth-scape’ prints and paintings, reflective of my preoccupation with ‘cosmic space’ abstract images.  The predominance of black and white in some of my paintings is the challenge of depicting movement, perspective, texture and expression with a highly and consciously limited palette,” he says.

Working with Jana was “intense and fruitful—a deep conversation in art. We talked continuously and began to appreciate our artistic differences. We sought to elevate our collaborative work to a different threshold. While painting, when she or I would perform brush strokes, or compositional elements, or color hues reflective of our differences, we would consciously attempt to integrate and reconcile them. We had our differences—but in art as in life, mutual respect and appreciation of each other’s idiosyncrasies and differences are paramount.”

After the Marcos years, Benitez served for over a decade as president of the family-owned Philippine Women’s University (his son Kiko now serves in that capacity), where he introduced various ladderized-curricular innovations, including pioneering programs for on-line distance education and continuing education.

The older Benitez is far more mellowed and subdued than the gung-ho guy I recall from the mid-1970s, but he retains a sharp critical edge. I asked him about his views on Philippine development today. “We are highly dependent on the remittances of our OFWs, we don’t have significant industries or manufacturing, our agriculture is in need of major structural changes, and our service sector relies heavily on call centers for employment,” he observes. “We still have to see a national eco-sustainable development strategy that addresses a basic needs approach, with structural changes reflected in locational and spatial dimensions.”

As the architect of many of the Marcoses’ social infrastructure programs, Benitez sees some evidence of a useful legacy left behind from his tenure at the MHS: “Some of our initiatives remain as relevant as ever. They include the establishment and organization of a mass housing system, involving a financial saving system (PAGIBIG), the Home Guaranty Corporation (HGC), the National Home Mortgage Finance Corporation, (NHMFC), and so on, although one would wish that the various housing agencies would operate like a symphony rather than competing and sometimes working at cross-purposes. We also made efforts to promote small- and medium-scale industries, especially focusing on livelihood projects, entrepreneurship, adaptive technology and countryside community organization and development. We sought to introduce a locational and spatial dimension in national, regional, and provincial comprehensive development plans—through the national and regional framework plans, the preparation of provincial atlases and municipal level town plans, and zoning ordinances. We used to say that ‘True structural development should have a face and an address.’ An abstract strategy or a mere compilation of various infrastructure projects do not make for national development.”

At this point of his extended life, Joly Benitez says he’d like “to focus on a few income-generating projects for myself and my family, but most of all I would like to explore and pioneer some ecologically sustainable projects, especially on village level.”

And, of course, produce more art, by himself or alongside Jana. The historians, political scientists, and Filipinos on the street will have their own assessment of the Marcos years and of the role that Jose Conrado Benitez played in it—and I suspect he will not be hopeful enough to imagine that that assessment, given what has happened since, will be largely benign—but the rebirth and refuge offered by art can only sustain this complex man.

1 thought on “Penman No. 37: The Rebirth of Joly Benitez”