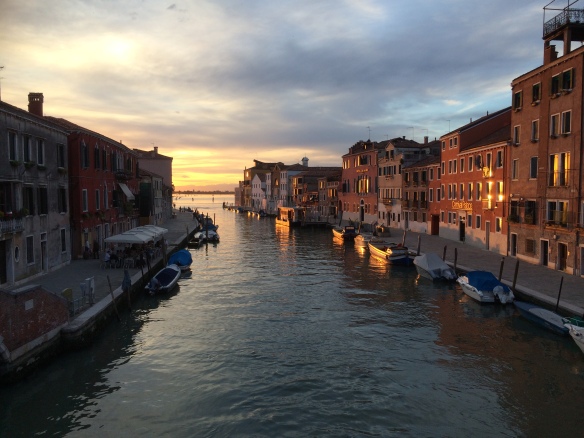 IF I HAD to name three of the most important and most useful sites on the Internet that I’ve ever used, they would, unsurprisingly, be Google, Wikipedia, and YouTube. (Some would stick Facebook in there, but since I stay off the FB grid, I wouldn’t know).

Granted, they’re far from perfect and are eminently susceptible to manipulation by both the well-intentioned and the unscrupulous. It’s easy to become overly dependent on them for information, and to simply believe what they say and show without any kind of critical intervention. For many students and researchers, Google and Wikipedia have long replaced the physical library—and why not?—without minding the inflexible if inconvenient need for proper attribution of sources and for fact-checking. Google in particular gives weight to the popular, and in this age of fake news, post-truths, and “alternative facts,” where “If it’s retweeted a hundred times, it must be true,” the pitfalls abound.

But with enough awareness and discernment on the user’s part, they can be valuable tools for learning, and I have to say that I can’t possibly get as much work done as I do these days without drawing several times a day on these indispensable sites.

And there’s an even better reason, I’ve discovered, than cold research or trawling for factoids to explore these sites. They form a veritable Worldwide Web of entertainment, taking me to serendipitous discoveries of all sorts, thanks to the Web’s structure of hyperlinks. They often lead me to things and places I’d never have encountered otherwise, which is where much of the entertainment lies, in the continuously unfolding panoramas of knowledge that open up onscreen.

A good example came up about a month ago, while I was watching an episode of Great Performances on PBS (which I get by paying a small subscription fee, well worth the treasure trove of documentaries and arts programs). This one was titled “La Dolce Vita: The Music of Italian Cinema,” and it featured the New York Philharmonic Symphony Orchestra in a concert of classics by such renowned and popular film composers as Ennio Morricone and Nino Rota. (Morricone is a personal favorite—I keep playing Yo-Yo Ma’s rendition of “Gabriel’s Oboe” from “The Mission”, and even visited Morricone’s hometown in Cervara di Roma, where he’s venerated as a hero.)

One tune that captured me was the haunting theme from a film called “The Anonymous Venetian,” played on the violin by Joshua Bell. I had heard the song before, but Bell performed it with such sublime intensity that it brought my wife Beng to tears when she listened in.

Now that I had the title, I went to Google to find out more about the song and the movie; Stelvio Cipriani had composed the music for the film, which had been directed in 1970 by Enrico Maria Salerno, starring Tony Musante and Florinda Bolkan. Further Googling revealed that the movie was about a terminally ill musician who meets his ex-wife in Venice, briefly rekindling their old passion. It was panned by the critics (and then again, some bad movies produce the best scores–remember “The Promise”?). I’m a fan of movies about Venice (Luchino Visconti’s “Death in Venice”, Nicholas Roeg’s “Don’t Look Now”) and Beng and I had spent some of our most blissful moments there riding the vaporetto on a one-day visit three years ago, so I went on eBay to buy the movie, but it wasn’t available on DVD.

Neither was it on YouTube, where you can find whole movies if you get lucky (and don’t mind the dubious provenance). But I was able to download the full PBS video on the PBS site and to find other versions of the song on YouTube, from which I cut clips to save to iTunes.

My attention then turned to Joshua Bell, who turned out to be something of a sensation in American music. Among other interesting factoids brought up about him by Wikipedia was that he owned and used a 1713 Stradivarius violin called the Gibson ex Huberman after two of its previous owners, a $4-million instrument which has been stolen not once but twice.

That led me to the story of the violin itself and back to YouTube, where a one-hour documentary titled “The Return of the Violin” traces the long and poignant pedigree of the violin, particularly its time in the hands of the Polish prodigy Bronislaw Huberman. Huberman received the violin as a gift from a Polish noble family in recognition of his astonishing prowess, but even more remarkably, he didn’t rest on his laurels; he saved many Jewish musicians during the Nazi period by recruiting them to join the Israel Philharmonic Orchestra, which he was setting up at the time. 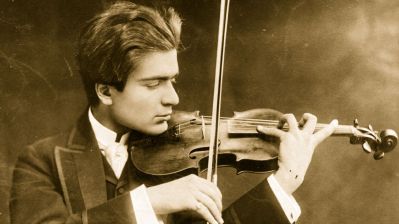 At this point, I was getting far more than entertainment; I was getting an education in music and its humanizing influence, thanks to a few clicks on my keyboard.