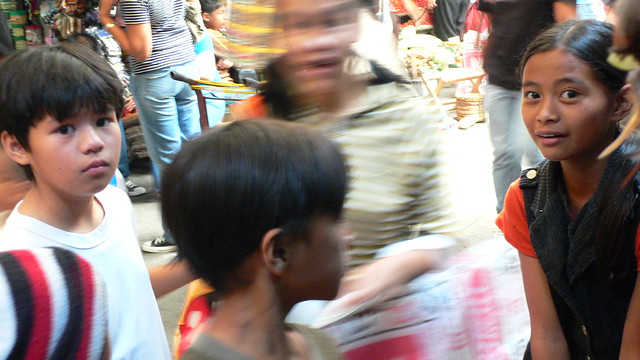 ONE OF the liveliest discussions we had at the recent UP National Writers Workshop in Baguio had to do with one of the oldest and yet still most current issues in writing—the depiction of poverty in fiction. A pocket debate arose over a workshop fellow’s short story, the protagonist of which was a 13-year-old boy, poor but streetsmart, who runs into some bad luck but, by the end of the story, is hit by a brain wave and dreams of opening a sawsawan, a kind of food stall, near the tricycle stand he works from.

It was an upbeat ending, an uptick to an otherwise beleaguered existence, but it provoked an unexpected reaction from some members of the workshop—fellows and panelists alike—who felt that the story offered false hopes, given that it was highly unlikely that a sawsawan would provide a real solution to the systemic problem of poverty in this country.

Of course, it’s typical of a UP workshop to get a response like that, and while I didn’t agree with that reading, I was rather glad about the fact that we had people on board who could look at writing and literature for more than felicity of language and agreeability of character and dramatic situation. Sharp-eyed and well-schooled critics these days can take a very long step backward and see things in stories that you or even the author never thought were there—buried or even unintended messages, hidden desires, the author’s own confused and febrile imaginings, latent ideologies. Authors in workshops—especially new ones—will sometimes cry foul at these readings or misreadings, protesting that they never intended their work to be taken that way.

The bad news for authors is that, in today’s critical environment—especially in academia—it’s all fair game; whatever you write can be interpreted in any which way by anyone, and the author’s intentions are often lost by the wayside, seemingly the least important factor to consider in appreciating the story. (In this sense, a writers’ workshop may be the only place where these intentions are given primacy—we try to find out what you really want to do or say with your piece, and then try to help you achieve that purpose.) But it’s not all necessarily bad, as even hostile criticism can be insightful and helpful in the long run to the writer intent on improving his or her craft and vision.

So we should understand when a keenly political critic looks at a story and says that it may be nicely written, but it’s essentially peddling a romantic confection by suggesting that something short of a revolution can banish mass poverty. (Here I may be overstating the specific comments made about that workshop story, but I’m pushing the argument to the extreme for greater clarity’s sake.)

We all agreed that no one does the poor a favor by romanticizing their plight and putting a halo above their heads (instead of saying “their” I should probably say “our,” because most of us are poor compared to the few same people we keep reading about in the glossies). The poor can be as vicious as they can be virtuous; desperation and desire can drive people to outrageously evil acts, and the very poor and the very rich—and the seemingly normal middle class between them—can be perfectly capable of it.

To be honest, my fiction actually deals more with the predicaments of the Filipino middle class, which for me remains the most fascinating source of characters because it’s also the most vulnerable. In a sense, the poor have nothing to lose, and the rich will always find a way to survive; but we, the middle class, entertain the most fervid and the most elaborate ambitions—we know exactly which brands and models to buy, all their technical specifications, sometimes even more so than the wealthy; we just don’t have the wherewithal. Hovering between plenitude and penury, we are one windfall away from a new house in the suburbs, and also one catastrophic illness away from utter destitution.

But I’ve written about the poor and the oppressed in my own fiction often enough (that cranky fellow who keeps implying that I’m some snooty señorito who never stepped on carabao pie and who writes workshop-processed fluff obviously hasn’t read my work). I’d call myself middle-class, but growing up and well into adulthood, we hit rock bottom many times; you all know the sob story, so I don’t need to go there again to vet my poor-boy cred.

What I always say and think about the poor is this: the poor are about more than their poverty. Poverty is awful and dehumanizing, but it’s what people do and how they act at a given disadvantage that I find interesting and even inspiring as a person and as an author, not the overwhelming odds themselves. I’ll leave the objective analysis of poverty to the social scientists and its alleviation to the activists; my job as a fictionist is to see and employ it as another means to understand why we do the things we do. Even poverty needs to be defamiliarized, and especially so, because we think we already know it, when we might not; one exercise I’ve given my writing students is to write a scene or a story about poverty without employing the usual clichés of the sampaguita flower-seller or the shanty in Payatas.

Getting back to the Baguio workshop, I took up the cudgels for the story, reasoning that I didn’t think the author intended for us to believe that the protagonist’s dream of becoming an entrepreneur would necessarily materialize and change his and his family’s life. Indeed the odds seemed stacked against him, and the objective if sad likelihood was that he would falter and fail. What grabbed me about the story was not the dark futility of hope, but the poignancy and the audacity (as Obama would have put it) of even hoping. At that particular moment, this boy thought he saw something better he could do and become—a “bossing,” as he described himself.

As I’ve said, the chances can’t look too good that this boy (nicknamed “Kadyot”) would become the next Manny Pangilinan. But this is where fiction and literature diverge from the social sciences. Fiction isn’t about certainties and probabilities—if anything, the best fiction doesn’t just tell you what you already know, but challenges what you think you know, and even makes the improbable reasonable if not inevitable.

I’ll even up the ante here, and ask why we should take it as an article of faith that this dreaming boy will fail, and that society can’t be changed one person, one family, and one community at a time. We don’t stop hoping or dreaming as individuals because systemic problems demand systemic solutions. The records of banks, cooperatives, and NGOs are full of these stories of lives transformed because one poor guy, maybe being a little silly, dared to dream of starting a business or learning a trade.

I suspect that part of our problem as university-based readers is that we have a traditional humanist bias, gained from decades of immersion in revolutionary politics, against the notion of capitalist enterprise. Mining, for example, will always be a villain in Philippine fiction, no matter what social and economic good the industry or particular companies may produce. Call me an unfashionable neoliberal, but I can’t buy into that kind of summary judgment. Anytime we authors employ simplistic social formulas to explain and to move our characters, the fiction loses, leaving us all the poorer.