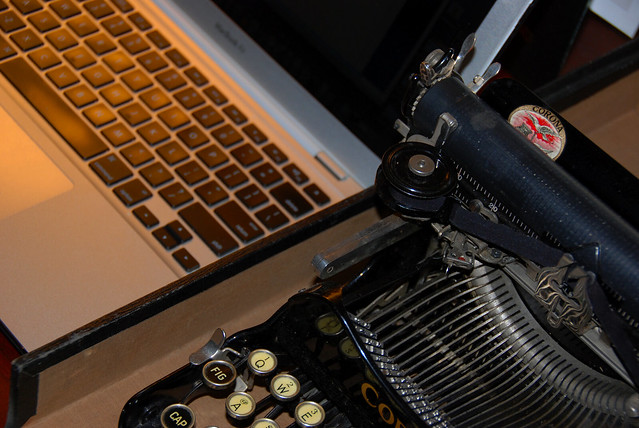 LET ME acknowledge, first of all, the readers who responded to last week’s column, “Exercises for the editorially minded,” where I shared some exercises that I give my class in Professional Writing to help rid my students of their wordiness and show them how to say the same thing in different ways. It was gratifying to see so many people coming out of the woodwork and professing an interest in the discipline of words. (For lack of space and to give that topic its due, I’ll save the responses to the exercises for next week.)

That’s what this business is all about, ultimately—discipline and practice, more than just loose talk, especially talking about writing. Some folks keep talking about writing all the time—about their plans for their novel or their epic poem—but they never get around to doing it. Sometimes writers—especially when they’ve had one too many drinks—have a tendency to run off at the mouth, or to pontificate endlessly on matters they know next to nothing about. I myself will gladly admit to these occasional displays of verbal excess, which are as inevitable as an old car coughing up a foulness of black smoke.

But when all the bluster is done and we retire to our fortresses of solitude, armed with a steaming cup of coffee (and, for incorrigible holdouts like my friends Krip Yuson and Jimmy Abad, a lighted cigarette), it all comes down to a date and a duel with the blinking cursor, and to the rules of engagement of writing, a code defined far more by discipline than by license, more by routine than romance. (See what I mean about running off at the mouth?) And what are those rules? To me, they all boil down to this: shut up and write.

Just recently, a friend asked how it was possible for me to be working on seven book projects all at once—a company history, the biographies of two political leaders and two business families, an oral history of the First Quarter Storm, and my third novel; these aside from my weekly column and the occasional short story and magazine article and blog entry.

I told him that I’m no genius or superman, but I do work as hard as I can, acutely aware of time passing, and of the need to tell stories (and to make a decent living from the telling) while I can. Some years ago I realized that life was too short to wait to finish one book before starting the next one. I felt inspired by something I had read about Isaac Asimov, who reputedly had a row of typewriters in one room, on each one of which a different project was afoot. Thankfully computers now make it possible to squeeze those typewriters into an iPhone (on which, not incidentally, I’m writing this column using the Notes app, while playing in a poker tournament). I also look up to the example and the work ethic of the late Nick Joaquin, whose prodigious beer drinking was matched by his copious writing. Not only was he superbly versatile, producing stories, novels, essays, poems, journalistic pieces, and commissioned biographies. He was also thoroughly professional, and no matter how much drinking or partying he did, he was known to submit his manuscript on the dot, on the appointed deadline.

We writers like to bitch about how little time we have to write what we really want to write—which for me is that novel or that story that keeps whining like some neglected waif in a corner of my mind. It’s true; real life has a way of crushing the good fiction out of you, and there are days I get up from my desk dazed after completing a book draft or grading my students’ papers and commenting on their work, dispirited by fatigue, and wishing I was working on one of my own stories instead. (I don’t forget for one minute that we gents have it easier than the ladies, who give up so much more of their life and liberty so we can pursue our happiness.) So what do I do? I stop kvetching about how unfair it is that some other guy can earn zillions more while I’m slaving away at a piece few will read and much less care about, consider myself lucky that I can work with my fingertips instead of my arms, think about my parents, and then I shut up and write.

Last week, in the midst of frantic preparations for a three-month stay in the US (where I’ll be by the time you read this), I put everything aside for a day and focused on finishing a short story I had promised to contribute to an Australian literary journal. This was a sad love story that I had begun in 1998 (I have unfinished stories in computer files going back to 1990, in a folder optimistically labeled “Ongoing”); like my characters, I lost my way in the plot, and recovered my bearings only when the Australians asked for a story and gave me a deadline.

My deadline was a Sunday; that Saturday morning I took a six-kilometer walk around the UP Oval and thought the story through; I was halfway in it, and approaching a critical turn in the plot. A line kept insinuating itself in my head: “the clarity of things,” begging to become the title. When I felt my characters beginning to speak on their own behalf without much prodding from their puppetmaster, I knew it was time to sit down and write. That afternoon until early the next morning, I wrote in a white heat, laying down over 2,500 words in what eventually became a 6,000-word story. (At this point in the tournament, I’ve just lost to someone’s pocket aces, but strangely I feel relieved, wanting instead to tell this story of a story.)

“The Clarity of Things” is the first long story I’ve finished in years, and whether or not the Australians take it, I’m happy to remind myself that I can still play with raw emotions and describe places I’ve never seen on the digital page. I enjoy the cool and calm precision of nonfiction, the seeming unimpeachability of fact; but it’s the terrific and also terrifying ambiguity of fiction that makes me want to be a writer all over again, to feel like one, and to work like one.