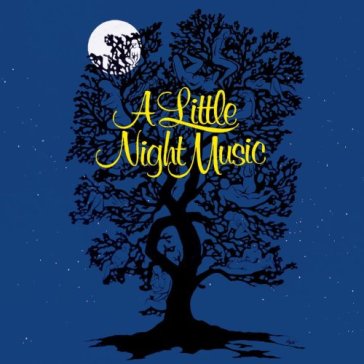 LAST WEEK, I mentioned having twice seen the HBO documentary on the life and work of the Broadway composer Stephen Sondheim, perhaps best known for the song “Send in the Clowns” from his hit 1973 musical A Little Night Music. Directed by James Lepine, Six by Sondheim walks us through the conceptualization and the composition of six of Sondheim’s most important songs: “Something’s Coming” (West Side Story); “Opening Doors” (Merrily We Roll Along); “Send in the Clowns” (A Little Night Music); “I’m Still Here” (Follies); “Being Alive” (Company); and “Sunday” (Sunday in the Park With George).

I’d have to admit that I didn’t know three of these songs; I knew and liked “Something’s Coming” as a big West Side Story fan, and “Send in the Clowns” and “Being Alive” from Barbra Streisand’s Broadway album, but the others were unfamiliar to me, which was just as well, as they were a pleasant discovery of other aspects of Sondheim’s craft.

That craft and the attitude that shaped it was something nurtured by Sondheim from a young age. When his parents broke up, the boy sought a sense of regularity and order, and surprisingly responded well to the routine of a military school. He found a hero in a family friend, the lyricist and librettist Oscar Hammerstein II, to whom he presented his early attempts at composition, only to receive a coldly professional—and cutting—assessment.

That didn’t faze Stephen, who went on to write the lyrics for West Side Story at age 25—and was unhappy about it, wanting to have written the music instead (Leonard Bernstein did). This was one of Sondheim’s (and any aspiring theater person’s) first and most important lessons: when you’re starting out, you learn to play the part you’re given. And Stephen did, exceedingly well: in the documentary, he talks about writing “Something’s Coming” using a succession of baseball metaphors that emphasized forward motion: “cannonballing down through the sky… catch the moon, one-handed catch!”

Sounds like poetry, but Sondheim is very clear about the difference between poetry and songwriting. While some lyrics may be poetic, songs, he says, have to be understood as they are sung; songs have to advance the dramatic situation, and help the listener grasp what’s at stake in the unfolding drama. Readers can go back and mull over the lines of a poem, but a song has to be instantly comprehensible.

Even so, Sondheim doesn’t succumb to the easy rhyme (the kind of song where you know “remember” will be followed by “September”). The words may be simple, but the ideas complex, as in “Being Alive”: “Make me confused / Mock me with praise / Let me be used / Vary my days.” His collaborators and directors like Hal Prince would agree that Sondheim doesn’t go for the simply hummable tune: he challenges norms, uses his music to put people not at ease, but at odds with oneself, as his characters often are.

His approach seems deceptively easy: “I scour the dialogue for lines. Or I might take a title line, then use its inflections to get the rhythm of the melody.” He likes to write lying down, taking a stiff drink now and then to loosen up. His love of word games (“It’s a very short road from the pinch and the punch / to the paunch and the pouch and the pension,” goes one of his lyrics) is mirrored in his collection of vintage board games and puzzles.

Also surprisingly, some of his best songs came as “throwaways” or space fillers, songs written to fill a gap in the drama or to wrap more tension around a character. “Send in the Clowns” was one such song—but here, for all that he maintained about the difference between songwriting and poetry, the poet prevailed. Director Hal Prince had asked Stephen to write the song for the character Desiree, played by Glynis Johns, and Sondheim had initially demurred, believing that the scene was properly the male character Fredrik’s. But he relented after seeing what Hal had in mind, and wrote the song in two days. Glynis would later say that as soon as they heard the first few notes, something stirred in the air and in their bones: they knew that they were hearing the birth of a great song. (The documentary presents it in a lovely montage headlined by Audra MacDonald and featuring, among others, Barbra Streisand, Glenn Close, Patti Labelle, Cher, and Judi Dench.)

But what did “Send in the Clowns” mean? Frank Sinatra, who sang it hundreds of times, professed that he didn’t really know. When I first mentioned the song in this column a few months ago, reader Ivi Avellana-Cosio wrote in from LA to contribute this interpretation, for which I (and surely many readers and karaoke crooners) can only thank her:

“It’s basically a song of deep regret, irony, even anger but with a reference to the theater rather than the circus. Desiree (an actress) and Fredrik are former lovers who meet again after many years, and after many other men for Desiree. Fredrik is now married, but during a weekend in the country, he and Desiree spend the night together and she realizes that he has always been the one she wanted. She proposes marriage, but Fredrik refuses to be unfaithful. The tables have been turned—now Desiree is at last ‘on the ground’ and Fredrik ‘in midair,’ in love with his young wife. Desiree declares there’s no need to ‘send in the clowns’ to cover up a bad situation: looking at Fredrik, she sings, ‘Don’t bother. They’re here.’ It’s heartbreaking, because the truth is that Fredrik is still in love with Desiree. Stephen Sondheim, in an interview, revealed that the song came together for him when he wrote those two lines. He clarified that he used ‘clowns’ because that call—“Send in the clowns!’—was originally used in the circus to divert the audience’s attention when something went horribly wrong, e.g. when the lion tamer literally lost his head. But he meant it in the context of ‘fools” and for a brief moment considered changing the lyrics. It was a good thing he didn’t, because somehow ‘Send in the Fools’ doesn’t quite cut it!”

If you want to hear the rest of Sondheim and all the music that should go with this piece, look up Six by Sondheim on YouTube, and enjoy what I did.