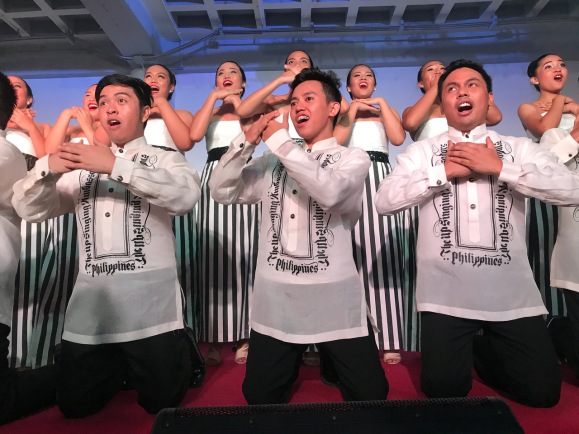 THIS ASEAN week and next, I’m sharing excerpts from a short paper I presented at a conference on ASEAN Leadership Amid a New World Order that took place last November 8 at the Shangri-La Makati, under the auspices of the Stratbase ADR Institute and the Asia Society. Ours was a panel on ASEAN cultural cooperation, and I spoke as a writer and academic engaged in regional networking.

As a creative writer and professor of literature, I’ve had many opportunities over these past 25 years to meet and mingle with my Southeast Asian counterparts in various conferences.

Until recently, there weren’t too many of these regional networks for writers and artists to get together, but today, some formal networks are in place. In my field, for example, the Asia Pacific Writers and Translators or APWT—which held its tenth annual conference just two weeks ago in Bali—has been very active in making connections between writers, translators, teachers, scholars, and publishers around the region. APWT goes well beyond Southeast Asia to include China, Japan, Korea, India, and even the United States and the UK, and very recently its major sponsor has been Australia, which is seeking to expand its Asian footprint.

I’m sure that similar associations exist in the other arts—in theater, music, and dance, for example. But let me use these writers’ gatherings as an illustration of the challenges and opportunities we Filipinos face on the cultural front.

Cultural cooperation presumes an awareness of each other’s culture. The problem is, there’s very little of that kind of connection, people to people, around the region, or at least between us and the rest of the region. Chalk it down to the fact that we have been separated from the rest of Southeast Asia by geography, by history, by language, and by religion. Scholars, writers, and artists—and let’s add OFWs—should of course have a deeper understanding of regional cultures, but that’s their job.

And even so, at nearly every regional conference I’ve attended, I’m acutely reminded of how out of the loop we Pinoys are—out of the Sinic loop up north, out of the Indic loop out west, out of the Malay loop down south, and out of the Commonwealth loop to which many of those countries belong. Having cast our lot with America and English, we find little in common with most everybody else, beyond the color of our skin and our shared legacy of colonialism.

Ironically, cultural commonalities and exchanges of a kind do happen around the region, and even around Asia—largely as a result of globalization, the Internet, satellite TV, and their impact on youth and pop culture. Witness the spread of K-Pop, anime, rap, telenovelas, and anything from Hollywood, especially the Marvel and DC universe.

But while these influences have arguably injected new vitality into traditional cultures and media, they have also, to a significant extent, contributed to the homogenization of those cultures, and to the forgetting or even obliteration of traditional knowledge, leaving our youth in a cultural limbo, divorced and alienated from the common experience of their own people.

Consider this: young urban Filipinos don’t consider agriculture as a career option, don’t like to eat fish unless it’s imported salmon, have no idea where or what Quiapo is, see Mindanao as another country, and know more about Japanese manga and Star Wars than they do about our heroes. Their world-view is shaped by Facebook and Netflix and spread by Twitter and Instagram, and not by direct immersion in their societies, much less by the societies around them. Indeed the fashionable thing today is to propose that the very idea of “nation” is a thing of the past, even as the rabidly resurgent nationalisms of some of our neighbors reveal that to be a precarious fantasy.

Clearly this indicates a failure of education, but as we all know, subjects related to culture and history have increasingly been relegated to the back rows of our curricular priorities in favor of science, technology, and mathematics. As a graduate myself of the Philippine Science High School and an abortive engineer and economist, I have no quarrel with pushing those competencies in the name of competitiveness and national development.

But there are also powerful arguments to be made for supporting cultural programs and endeavors instead of diminishing them. I will focus on two: what I will call the moral argument, and the economic argument.

The moral argument is that culture is an essential element of national growth and development, as it helps define our national identity and our national interests. Without culture, we have nothing to stand on except our territory. Cultural cooperation begins at home, first of all with an awareness of what culture is and how it can not only explain but enhance human life.

Culture is a dynamic description of our commonalities and differences, without understanding which we will be moving forward blindly, guided only by the political and economic interests of our elites.

The problem is that we often see culture as little more than entertainment, a musical interlude between presumably more important matters. Even overseas, Filipinos think of culture as the obligatory pancit and tinikling on June 12—not the underlying reason why there are hundreds of Filipino organizations in Southern California alone but few major statewide Fil-Am political leaders. (More next week)