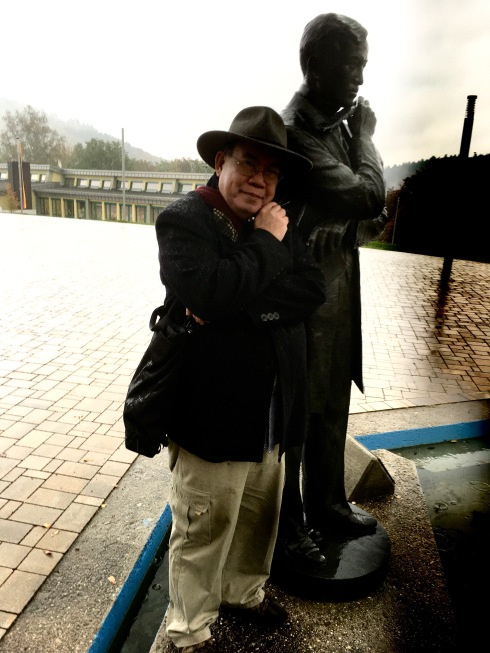 IT WASN’T on the official itinerary, but I have to report that the personal highlight of our recent participation at the Frankfurt Book Fair didn’t happen at the fair itself, or even in Frankfurt, but about an hour and a half away by train and bus. This was a plan that a few of us had hatched even before we left Manila: we’d do our jobs and put in our hours in the Philippine booth, then take a day off in pursuit of a pilgrimage that any Pinoy in Frankfurt shouldn’t forgo: a visit to Jose Rizal’s haunts in Heidelberg and neighboring Wilhelmsfeld.

I’ve been a lifelong fan of Pepe, not just for his writing skills and love of country (I won’t mention his charming ways with the ladies) but also his wanderlust which made him, in my book, the first truly global Filipino. Considering that he didn’t live very long, he was still able to do more and see more than most of us do in a full lifetime. The intensity of that life and the excellence he sought at every turn have been enduring inspirations for me, and I’ve realized that sometimes by design and sometimes by serendipity, I’ve been tracking his footsteps around the world.

In 2009, my wife Beng and I, along with our daughter Demi and her husband Jerry, had booked ourselves into the Palace Hotel on Market Street in San Francisco, where it took a waiter (a fellow Pinoy, of course) to inform us that Rizal had stayed there during his only visit to America in May 1888, an event commemorated by a marker just outside the hotel, which we had missed.

Two years later, Beng and I visited Rizal’s well-kept shrine in Dapitan, where he had spent four fruitful years in exile before being transported back to Manila. How poignant it must have been to catch the sunset along the bay with Josephine Bracken, inflamed and torn by two of the strongest passions to afflict any writer—love and revolution. 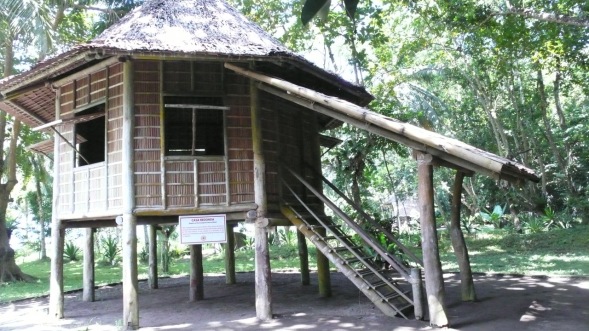 And then in 2014, again with Beng, Demi, and Jerry, I sought out some of Rizal’s locales in Spain, from Plaza Mayor in Madrid to the Castell de Montjuic in Barcelona, where Rizal had been detained before being shipped back to Manila for trial and eventual execution. (The castle has designated a room, Sala Rizal, in his honor and in memory of the many political prisoners who had spent time in that place—ironically, one of the best spots from which to appreciate the city’s beauty.) 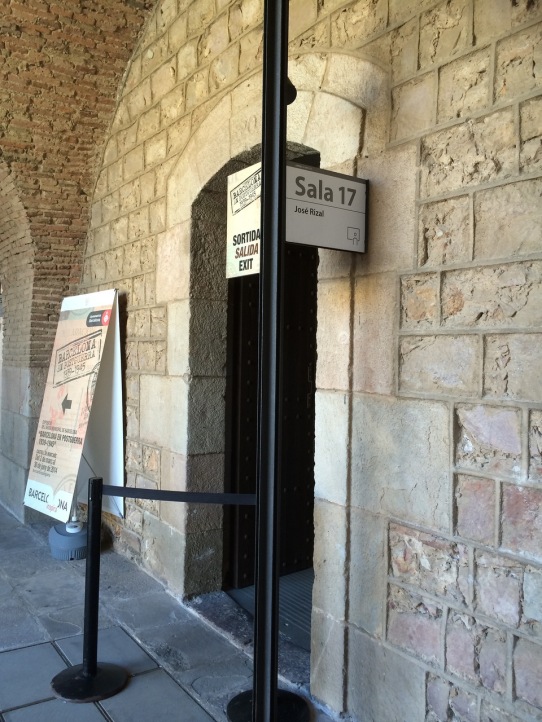 There was no question, therefore, that I would make that sortie to Heidelberg, given the once-in-a-lifetime opportunity. Five other sojourners made up our group: National Artist Virgilio “Rio” Almario and his wife Lyn, their daughter Ani and her husband, the geologist CP David, and the poet and Inquirer staff writer Ruey de Vera. Lyn and Ani were attending the book fair on behalf of Adarna House and the Book Development Association of the Philippines, but we all agreed that a visit to Heidelberg was well worth a day off.

Rizal had stayed in various places in Heidelberg and Wilhelmsfeld for much of 1886, marking his 25th birthday there, studying ophthalmology with tutors like Dr. Otto Becker while improving his command of German. When he moved to Wilhelmsfeld—a 12-kilometer walk through the forest that Rizal essayed and even today a 30-minute bus ride from downtown Heidelberg—Rizal boarded with Pastor Karl Ullmer and his family, and it was there that he completed the manuscript of Noli Me Tangere (a feat that, achieved at 25, still astonishes me when I consider the juvenilia most of us still produce at that age).

Rio Almario had visited Heidelberg once before but not Wilhelmsfeld, and the rest of us were total newcomers to the area (I had traveled around Germany and reported on it extensively in 2004, but hadn’t gone this far). So it was with giddy enthusiasm that we assembled at the Frankfurt Bahnhof and boarded the 9:20 train to Heidelberg. About an hour later, we were in Heidelberg, where we made a beeline for the information kiosk just outside the train station to buy bus tickets to Wilhelmsfeld. “Filipinos?” asked a clerk at the kiosk, apparently familiar with posses of brown-skinned Asians asking about Jose Rizal, and he whipped out a xeroxed guide to Rizal’s known habitations in Heidelberg and Wilhelmsfeld. There were about six of these sites in Heidelberg alone, so we decided to go for Wilhelmsfeld first, given our limited time.

After a pleasant ride along the Neckar River and the lovely autumn scenery (punctuated only by an unexpected stop during which two European bison appeared fairytale-like out of the woods), we reached Wilhelmsfeld, which announced itself in a most unusual way, with a Filipino flag flying abreast of its German counterpart in front of the Rathaus, or town hall (Wilhelmsfeld and Calamba are sister cities). We were in search specifically of the statue that sculptor Anastacio Caedo had made of Rizal in a special park devoted to him. An initial query led us astray, to the wrong church and into a drizzle of hail (magical story elements we couldn’t have invented to accentuate our pilgrim status), until a kind lady pointed us in the right direction.

Many shuddering steps later, we arrived at a park overlooking the valley, in the center of which stood Rizal’s figure, easily a foot larger than life, as it deserved to be. We celebrated by opening a bottle of Potsdamer beer which CP had brought along for the occasion, and raising a toast to the great wanderer who had preceded us by 130 years but who yet challenged us, as it were, to write a Noli for our own times. After lunch back in Heidelberg, we prepared for another long trek to find his clinic at Bergeimherstrasse, only to realize that we had gotten off on exactly that street, and were only steps away. 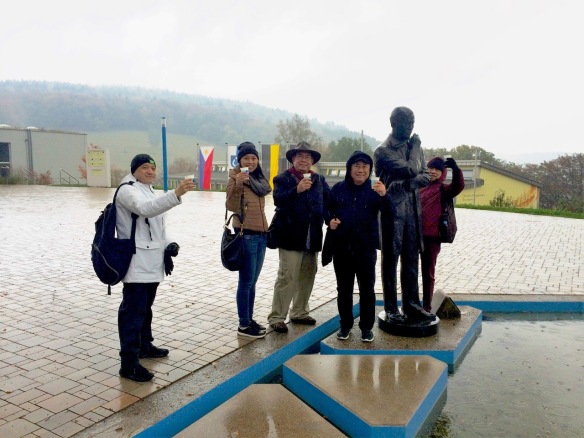 Weeks later, a totally unexpected bonus followed. I was in Singapore covering the Writers Festival when fictionist Cathy Torres—a diplomat who was serving with the Philippine Embassy in Berlin after a stint in Singapore, and had also joined us in Frankfurt—casually mentioned to me that Rizal had taken note in his letters of the black elephant statue beside the old Parliament House where the festival was being held. As it turned out, Rizal had visited Singapore four times—the first time in 1882, on what also happened to be the 21-year-old’s first trip abroad. The tip prompted me to look up Rizal’s Singaporean connections—immortalized in a marker near the Cavenagh Bridge, beside the likes of Ho Chi Minh, Jawaharlal Nehru, and Deng Xiaoping—but what floored me was discovering that he had once stayed at the old Hotel de la Paix at the corner of Coleman and Hill Streets—long gone, but since replaced by the Peninsula-Excelsior Hotel, where I was staying. I felt like I was no longer following Rizal, but he was following me.

In Dapitan, he had written: “I left, scarcely a youth, my land and my affections, and vagrant everywhere, with no qualms, with no terrors, squandered in foreign lands the April of my life.” If this was squandering one’s youth, what a glorious waste it was.

1 thought on “Penman No. 226: On the Trail of a Glorious Squanderer”