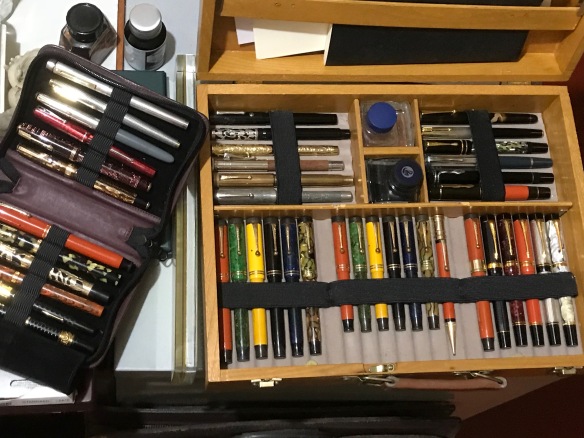 IT’S BEEN a while since I’ve written anything about the original inspiration behind this column and its title—my longtime passion for collecting and using fountain pens—so please indulge me as I return to it this week with a big announcement: the holding of the second Manila Pen Show this weekend, November 16-17, at the Holiday Inn and Suites Makati.

But before we go to the show, let me make my standard pitch for fountain pens, for readers new to them. To younger generations weaned on ballpoints, rollerballs, gel pens, and other disposable writing instruments, fountain pens may be strange anachronisms—colorful (and often expensive) metal or plastic tubes filled with ink that could make an awful mess on your paper (or worse, on your shirt or dress). Why even bother with them when there are far more convenient and cheaper writing tools around (and why even bother with physical writing in this age of digital ink)?

It’s because—given the times we live in, when computer fonts and emoticons can make us write and sound alike—many people have begun to feel the need to express their individuality, to step out of the crowd and say “This is me!” in a very visible way. And nothing achieves that better than handwriting, which is best undertaken with a fountain pen.

Of course you could also write with a pencil or a Bic ballpoint and say the same thing as you would with, say, a Parker 75 or a Sheaffer Balance fountain pen. But pencils and ballpens have hard, stiff points which, like rollerballs, leave even and uniform lines. Fountain pens can have softer “nibs” (the business end, either steel or gold, where ink touches paper) which allow for line variation—i.e., very thin or “fine” to very thick or “broad” lines—depending on the pressure you apply. Some so-called “flexible” nibs can even go from Extreme Fine (EF or XF) to Double Broad (BB). All of which means a lot of writing fun—and sometimes you don’t even have to write anything that means anything, as the doodling alone can bring hours of therapeutic pleasure. 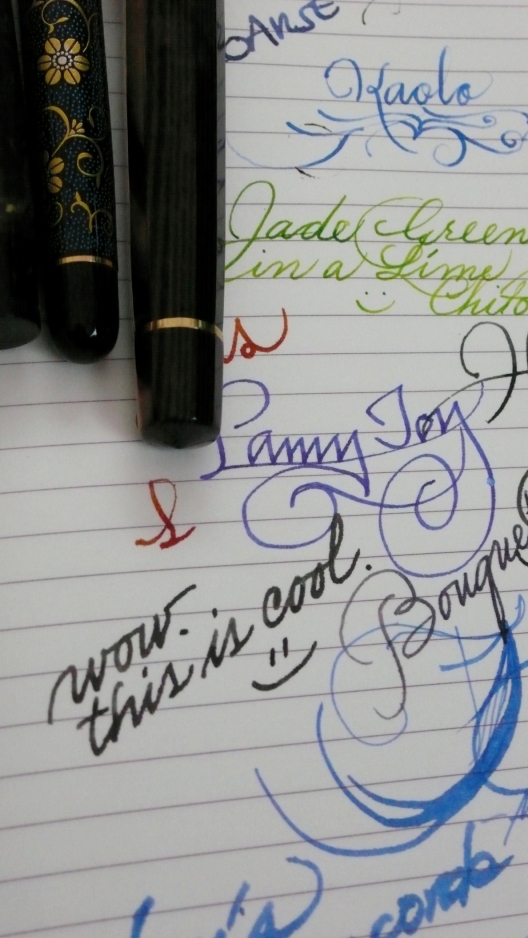 Not surprisingly, according to The Telegraph of London in an article from March 2018, “The fountain pen is enjoying a fresh renaissance with sales of the classic writing instrument rising, a trend which experts are crediting to youngsters wanting to find an ‘antidote’ to their increasingly digital lives.” The Washington Post agreed last December, in a column titled “The handwriting is on the wall: fountain pens are back!” Indeed, all over the world, fountain pen sales are soaring, with younger people rediscovering—sometimes as “fashion statements”—what their grandparents carried daily in their pockets or purses as work tools.

One important shift from the past to the present has been the disappearance or sidelining of the major vintage brands such as Parker, Sheaffer, Waterman, and Wahl-Eversharp in favor of upstarts such as TWSBI, Franklin-Cristof, and Moonman. While some of the old brands have resurrected themselves, and other standouts such as Montblanc, Pelikan, and Pilot have never gone away, it’s the availability online of colorful, inexpensive, and surprisingly well-built pens from such places as China and India that has moved the market for pens from middle-aged executives to college students and young professionals.

Many such youngsters comprise the 8,700-strong membership of Fountain Pen Network-Philippines (https://www.facebook.com/groups/159754404054904/), an organization of FP collectors and enthusiasts which I helped found in my backyard with 19 other pioneers eleven years ago. Like the pens themselves, some of us old fogeys are still around, nursing our collections of pre-war Parker Vacumatics (my specialty) and Waterman 52s, but we’ve happily been overtaken by a younger set obsessed with not just the pens but with inks and papers.

Now, about the Manila Pen Show: for veterans and newbies, and even with the proliferation of pen products on the Web, there’s nothing like going to a pen show to enjoy the whole carnival. The best way to choose and buy a pen is still to hold and feel it and see how it writes. I’ve been to pen shows in Chicago, Baltimore, Ohio, Singapore, and Detroit, among others, and you can imagine how exhilarating (and financially debilitating) those sorties can be, with thousands of glittery pens to choose from within so many square feet.

We held the first MPS last year at SM Aura to mark FPN-P’s tenth anniversary, and it was so successful that we decided to hold another one this weekend, this time for two days, from 9 am to 6 pm. Raffle tickets will be issued in exchange for donations to charity, in lieu of an entrance fee. According to our spokesperson and calligrapher extraordinaire Lorraine Marie Nepomuceno, “Modern and vintage pens will be available, as well as fountain pen inks, paper products, and accessories. Participating international retailers include Aesthetic Bay (Singapore), Atelier Musubi (Singapore), Newton Pens (USA), Pengallery (Malaysia), Pierre Cardin (Hong Kong), Regalia Writing Labs (USA) and Straits Pen (Singapore). Local retailers and brands represented at the pen show include Calibre and Friends, Cross Pens, Everything Calligraphy, Faber-Castell, Gav ‘n Sav, Guia’s Vintage Pens, Inks by Vinta, Kasama Pens, Lamy, National Bookstore/Noteworthy, Pengrafik, Peter Bangayan, Scribe, Shibui, and Troublemaker Inks. Enthusiasts with minor repair needs or who require nib regrinds can visit the booths of nibmeisters John Lim or JP’s Pen Spa. Workshops, as well as talks by special guests, have been organized for both days of the show.”

One of those special guests will be, ahem, me, to give a talk on collecting vintage pens on the afternoon of the 17th. See you at the Holiday Inn! 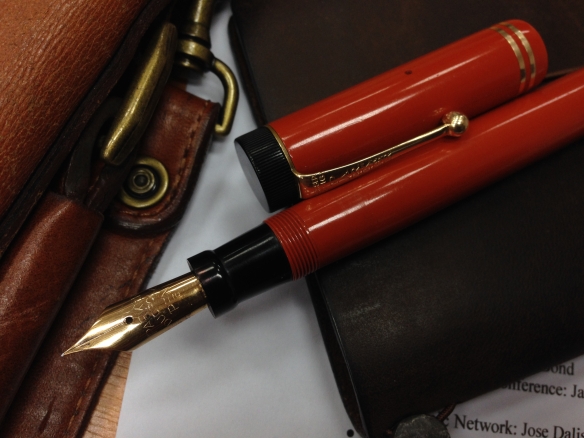