THIS COLUMN started out in my mind as an account of a return visit to Dapitan, where my wife Beng and I had first gone eight years ago to pay homage to Jose Rizal, who had lived there in exile for four years between 1892 and 1896, until shortly before his arrest in Europe and his trial and execution in Manila. It was by many accounts a happy and productive interlude, during which he practiced his skills as physician, teacher, poet, and scientist, a period highlighted by his romance with a young woman named Josephine Bracken, whom he would later marry at death’s door.

Indeed there’s no way you can visit his beachfront estate named Talisay, now a national shrine, without being swept up by the epic drama of Rizal’s last years—a drama wrought not in the theater of armed combat, but in the innermost recesses of his spirit, torn as he was by many loves and longings, successively losing a stillborn son, his freedom, and then his life. Again I looked at his clothes, his letters, and his artworks, trying to see the man beneath the trees, or on the water’s edge pointing something out to Josephine in the gathering dusk. (I keep a plaster bust of Rizal, crafted in 1961 by Anastacio Caedo, in my home office, and often find myself staring at it and asking, “What are you thinking?”) 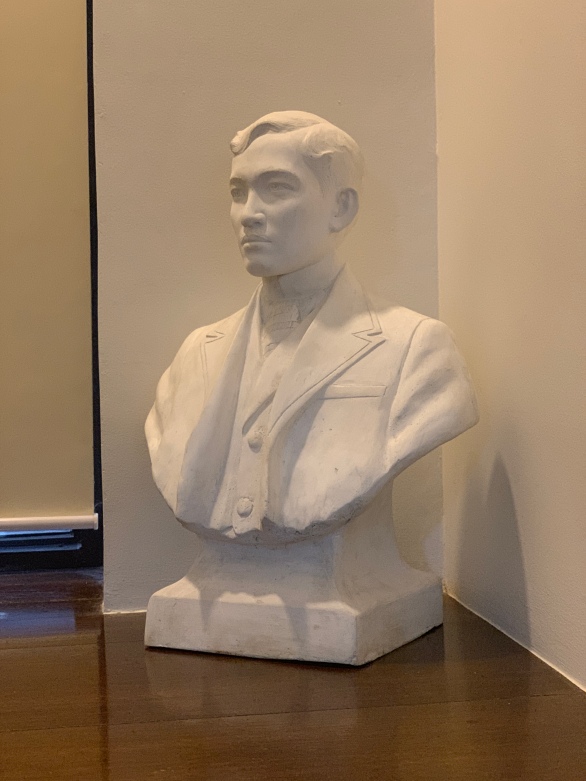 We had gone down to Dapitan via Dipolog, where the airport is, to enjoy a weekend with old friends from our time as the elves and acolytes of Dr. Gerry Sicat at the National Economic and Development Authority, back in the 1970s. Our boss at the Economic Information Staff, Frankie Aseniero, and his wife Nanette had graciously invited us to visit them in Dipolog, where Frankie, now retired but not quite, was a gentleman-farmer planting cacao and milling coco sugar and vinegar for the export market. With Beng and me were Medecins Sans Frontieres volunteer-physician Ginny Pineda Garcia and her husband the photographer Oliver Garcia and the poet Fidel Rillo. 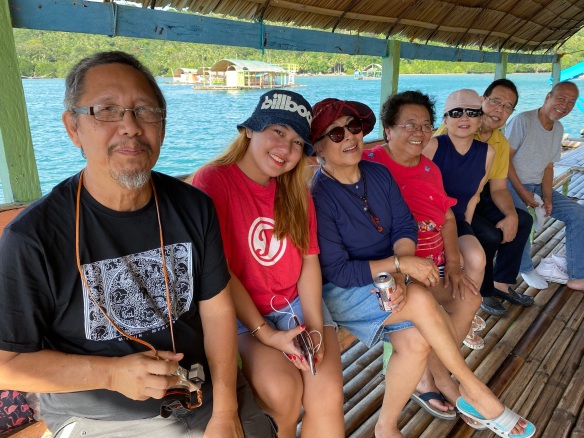 We’re all friends now in our seniorhood, but I have to admit, with some shame, that in our rebellious twenties we gave Frankie a hard time at the office, so let me make up for some of that by talking about his other talents, beyond business and management, as well as his fascinating family history. As it happens, Francisco Aseniero, Jr. is also one of our country’s most celebrated tenors who never fails to make us swoon every time he launches into “Stranger in Paradise” or “Dein ist mein ganzes Herz”; he has concertized all over the world and continues to lend his voice to programs benefiting worthy causes.

How Frankie’s story connects with Rizal and a later phase of our history brings us back to Talisay, where Frankie’s grandfather Jose, then a boy of eleven or twelve, became a student of the other Pepe. So devoted was the boy to his teacher that he accompanied Rizal to Manila, hoping to be educated further in the big city, but events quickly overtook both master and pupil, and the young Jose had to suffer the harrowing experience of witnessing his hero’s execution. He had joined Rizal’s mother and sister on the eve of his death, and had seen and copied Rizal’s farewell poem, according to Frankie’s brother George, a philosopher and historian. Jose Aseniero went on to serve as governor of Zamboanga before the war. At one point he also acquired some of Rizal’s belongings, among which is the four-poster bed that can still be found in the Asenieros’ ancestral home.

The story is no less interesting on Frankie’s maternal side. His grandfather there was a Swedish engineer named Charles Gustaf Carlson who migrated to the United States in 1895, and shortly after became a Protestant missionary to the Philippines, arriving in 1902 and being counted among the “Thomasites” who taught English to Filipinos. Charles became principal of the Industrial Trade School in Zamboanga, where he married a former student, Eugenia Enriquez. Among their six children was Ingeborg Eughenia, who met and married Francisco Aseniero, Jose’s engineer-son.

But what brought the whole experience together for me was a story that Frankie told us on our last day, as we were winding down, about one of his concerts in a small town in Bulacan. He and some friends had been invited to sing there, and he had obliged as usual. “I was surprised to find that in such a small place, the people thronged to see us, dressed in their Sunday best,” Frankie recalled. “We felt like we owed it to them to sing our hearts out, and we did.” He found himself singing like he would have done in London, Vienna, or New York, and the crowd responded with utmost appreciation as Frankie and his party offered up Broadway and operatic classics. “It was a magical moment, and seeing the people enjoying the music made my hair stand on end!”

How Jose Rizal himself would have loved that, having brought his world-honed talent to Dapitan, enriching and ennobling its soil for other and lesser Pepes like us following in his footsteps.