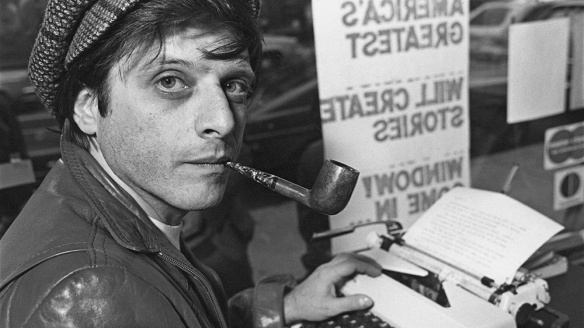 I KNOW and can appreciate the effort (and maybe even the talent) that it takes to add two or three little letters to your name, which are supposed to suddenly make you look ten times more learned than you were before. For the record, I picked up my PhD in English back in 1991 when I was 37, a few years after I got my MFA (or Master of Fine Arts in Creative Writing).

Why am I parading these academic credentials? Because it’s something I hardly ever do, or need to do—except when… but I’ll get to that in a minute. Let me just say, before anyone gets the wrong idea, that among the real, practicing writers I know (even those with PhDs), a PhD is worth about as much as a flyleaf or an empty page in a book. You can get a PhD in English or Literature or Creative Writing after a lot of patient study and writing a ton of intelligent-sounding papers, but the degree won’t guarantee that you can or will write an outstanding novel or book of poems.

Some of us spend an extra five to six years after the master’s anyway to go after the PhD, basically because nearly every university today requires it if you plan on teaching in college as a career besides writing, and because, well, some of us just want to study and write some more under pressure. You could call it the love of learning, which has become strangely irrelevant to many people in this age of tunnel-vision efficiency. At least that’s how I remember my own time in graduate school in Michigan and Wisconsin, when I would madly read two books in one day, exhilarated more by the obscure and bloody excesses of Elizabethan revenge tragedy than by any kind of practical expectation.

I recalled those heady moments when, a few weeks ago, I stumbled on a post in a forum I belong to, one devoted to collecting vintage typewriters, from a fellow we’ll call Dickie. Dickie shared an interesting note about his icon—the famously abrasive science fiction writer Harlan Ellison (1934-2018; that’s him in the pic, c/o Variety)—who used typewriters well into the age of laptops, and who supposedly asserted, as some typewriter folk are wont to do, that using computers to write was BS, because computers produced bad, lazy writing. Dickie presented himself as a writer—a claim I’m happy to accept and respect, until proven otherwise—and took Ellison’s word as proof positive that, well, people like him who used typewriters were therefore better writers than the rest of mankind (I’m using a bit of hyperbole here, but you get the point).

Maybe I should’ve known better, but I submitted a gentle rejoinder to say that, with all due respect to Mr. Ellison, that was BS, too—good writers adjust to the tools at hand, and I was willing to bet the house that 99% of all the best novels of the past 20 years, going by anyone’s list, were written on computers. I myself had gone through the whole gamut from handwritten manuscripts to typescripts to computer printouts, and while each technique had its advantages, nothing allowed revision—so essential to good writing—as easily as the computer. Tut, tut, Dickie messaged back: I had better rethink what I just said, because “I’m better educated about literature than you.”

That was kinder than what he told another forum member who queried him about the precarious quality of his own prose, which he promptly withdrew from public viewing, remarking instead on his critic’s mammaries. Still, it set off a little explosion in my head—not because it couldn’t possibly be true (I’d be the first to say that I know zilch about literary theory, for example, which went in one ear and out the other, and that I’ll take Maugham over Murakami anytime), but because he could make statements like that with absolutely no idea whom he was talking to. I was on the forum using a pseudonym (to avoid having to deal with “friends”), and even if I had used my real name, I doubt that it would have rung a bell in his insular brain. I could’ve been TS Eliot, Chinua Achebe, or Susan Sontag, and he would’ve said the same thing.

Again, I have an extremely modest estimate of my own erudition, and I’m not given to flame wars, but in this case I just had to let fly a salvo of demurrers to put a presumptuous, uhm, Dickie in his place: “If,” I said, “you took your PhD in Literature before 1991, published more than 35 books, and taught literature and creative writing for more than 35 years, then indeed, sir, you are very likely better educated about literature than I am. Back to typewriters, shall we?” After a pregnant pause, he huffed: “English is NOT my second language.” I imagined a worm retreating into its burrow, but before it could vanish completely, I posted: “Ah, yes, it’s only my second language—but there’s a third, and a fourth.”

I was tempted to ask, “Pray tell, and please correct this second-language learner if he’s wrong, but would ‘puerile asininity’ best describe your attitude?” But I let it go at that—the moderators kicked him off the forum shortly afterward, for more egregious misbehavior.

Once, as an exchange professor in an American liberal-arts college, I attended a welcome party where a kind-looking lady walked up to the obvious foreigner to make him feel at home. “So what are you teaching?” she asked sweetly. “The American Short Story,” I said. Her eyes widened in utter disbelief. I smiled and excused myself.

It really doesn’t mean much, but maybe I should trot out that PhD more often.