FEW MILLENNIALS would be familiar with the name today, but in the 1960s and 1970s, Rafael Montinola Salas—Paeng to many—was every bit the man a younger person would have wanted to become: smart, accomplished, attractive, very much in the center of things, privy to power and influence and yet incorruptible and prone to poetry. And like many men who blaze an incandescent streak across the dark sky of history, Paeng Salas died young. He wasn’t even 59 in March 1987 when he was felled by an apparent heart attack in his hotel room in Washington, DC, while preparing for a meeting, ensuring no end to speculation on what he might have been—and what the Philippines itself might have become—had he lived longer. At the University of the Philippines, where he studied law, he recruited another provinciano into the Sigma Rho fraternity, and though older than Paeng by five years, that recruit named Juan Ponce Enrile saw Paeng as a mentor and would later call Salas “the best President we never had.”

To the uninitiated, the Negros-born Paeng Salas was one of the first so-called “technocrats,” a bright, idealistic, well-educated young man who found himself roped into and rising quickly within the ranks of government, first as a volunteer for the charismatic Ramon Magsaysay, then as a campaigner and yet later Executive Secretary for Ferdinand Marcos, for whom he led a highly successful rice self-sufficiency program. Disillusioned by corruption within the Marcos regime, Salas gave up any domestic political ambition to join the new United Nations Fund for Population Activities (UNFPA) in New York, and became known as “Mr. Population” for his impassioned commitment to curbing unchecked population growth, which also led to the creation of the Commission on Population (POPCOM) in 1969. He almost became UN Secretary General in 1981—were it not for the lack of support from Malacañang, which had not forgiven him for his desertion. After EDSA, there was talk of Salas joining Cory’s Cabinet—but just weeks later, he was dead.

I’m writing about Paeng Salas because, last week when he would have turned 92, the POPCOM under its Executive Director Dr. Jeepy Perez launched a new biography of Salas titled A Millennial Man for Others: The Life and Times of Rafael M. Salas, co-authored by me and Carmen “Menchu” Sarmiento (whom I have to thank for doing most of the heavy lifting). In my remarks at the launch, I said that Paeng Salas was a biographer’s dream, not only because of the breadth of his accomplishments but also because of the quality of the man himself and of his life.

Speaking across the decades to our times and leaders today, Salas was the ultimate public servant who was not only learned and refined—among his works are two published collections of finely crafted haiku—but, just as importantly, was honest and humble. He never used his vast intellect (he loved books and left 11,000 of them to his province’s library) to bludgeon others in a display of arrogance; he was devoted to his wife and family; he was a liberal democrat who believed firmly in freedom and deplored rising authoritarianism.

I was a 19-year-old dropout when I joined the civil service under martial law in 1973 (there weren’t too many jobs left for writers), too late to meet Paeng Salas, who was already with the UN then. But I did become a “Sicat boy” along with the likes of the late Boy Noriega, Poch Macaranas, and Chito Sobrepeña, under NEDA Director-General Gerry Sicat.

At the launch at the DFA were our predecessors, who had begun their distinguished careers working with and for Paeng Salas as their boss—the likes of Jun Factoran, Joe Molano, Vic Ramos, Jimmy Yambao, Agustin Que, and company, who would come to be known as the “Salas boys,” indeed a much longer list you’ll find at the back of the book. Also present were former POPCOM Executive Director Ben de Leon, the premier demographer and Paeng’s comadre Dr. Mercedes Concepcion, and Paeng’s widow, the very lovely and gracious former Amb. Carmelita “Menchu” Rodriguez Salas. I would remark that any man who could describe his wife in a poem as a “cattleya in fluted crystal” had my admiration.

Two weeks before Ninoy Aquino’s assassination in 1983, Paeng Salas spoke at UP, where he received an honorary doctorate, and said this:

“To me, freedom is the highest of all values. It makes possible the interchange of ideas, the expression of an individual’s beliefs, the right to disagree, to put forward alternatives and express them even if one is in error. It is the value that must suffuse all technologies and instruments of direction and control since it is at one and the same time both the precondition and ultimate end of our endeavors….

“I should like to take leave with a question: what can the scholars of this university do to solve the problems of the Philippines when it will be a country of 70 million people? Judge your course of action in the light of our country’s historical experience and with the conviction that your judgement is better when your thought is free—always.”

I wish he were still around to say these things again, today. 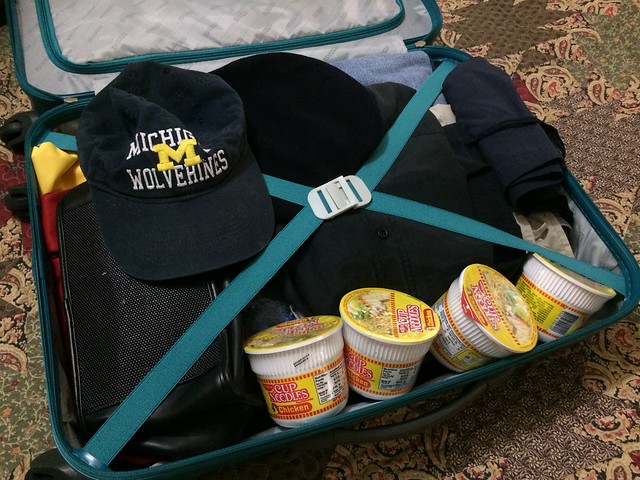