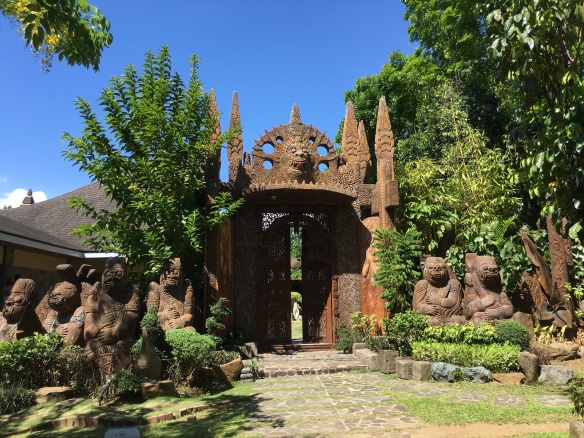 I’D BEEN meaning to write this up for the past few months, but more pressing subjects kept getting in the way—and “pressing” is the word, because this is about the complete opposite: total relaxation with no fixed schedules or time limits.

It was sometime this past summer when I accompanied my wife Beng and a group of her UP High batchmates on a day trip to Batangas to scout some places as possible sites for their upcoming golden anniversary reunion next February. Beng already had one such place in mind—Cintai Corito’s Garden in Balete, not too far from Lipa, which we had already visited with the family a few months earlier, and had been much impressed by.

Like many Manileños, we’d long been looking for day-trip or weekend alternatives to Tagaytay, especially for bringing our foreign visitors and balikbayan relatives to. Frankly, as a bulalo and ukay-ukay addict, I myself never tire of Tagaytay for a quick break from Manila’s madness. But lately, on our sorties to Mindoro and Romblon via the Batangas ferry, Beng and I have been taking the STAR tollway a lot and have often found ourselves wanting to stop over in one of the many towns on the way.

The Balete exit is one those innocuous detours that you’d take only if you really knew where you were going, and the narrow road that you get on leading to Cintai promises little beyond the shops selling honey along the roadside. Cintai itself doesn’t look like much from the outside—until you drive down the winding entranceway. The point of this long prelude is that you’d never imagine such a magical place to arise out of the Batangas countryside—a virtual Balinese-inspired Eden carved out of a rolling landscape that once might have been dotted by coconut and coffee.

Cintai (which means “love” in Bahasa and is pronounced Chin-TAI) is a love offering to the late Corito of the place’s original name, the lady who inspired this outburst of Indonesian exotica in Southern Tagalog. It would be easy to think of the place as a theme park or resort—there are three swimming pools, and you’ll find peacocks, alpacas, roosters, and dwarf horses roaming the grounds—but other such places imply loudness, both literally and architecturally.

Cintai is anything but loud—visually impressive, for certain, but just on the right side of tastefulness. Given the easy temptation to go over the top, Cintai’s designer wisely decided to make just enough of a statement, but also to take care of the fine details and of their consistent employment, even the patterning of the rocks on the walkways and the Balinese carvings in the bathrooms.

In other words, as in Bali itself (which I had the pleasure of visiting 30 years ago), the appeal of the place is in its soulful serenity. The management could have hyped up the atmosphere by piped-in gamelan music, but they resisted even that, for better effect: the gamelan will tinkle in your mind. (One interesting discovery: the Balinese statues, figures, and accents in the complex were mostly made by Batangueño craftsmen.)

The complex comprises 18 villas with variable capacities, two large halls, a spa, and a restaurant, among other facilities (for more details, visit http://coritosgarden.com). Beng and her UP High batchmates plan to have the place to themselves for an overnight stay, an ideal set-up for a big group, but walk-in day trippers are welcome, for a very reasonable rate that includes a sumptuous lunch. 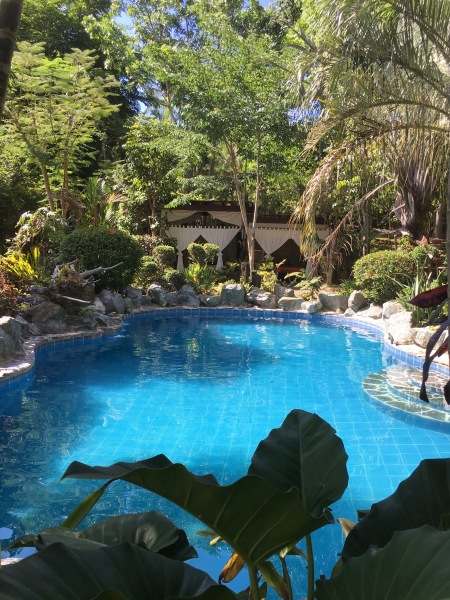 And that’s what we did on this scouting trip—tour Cintai and have lunch with its amiable manager Francis Salanguit—but I had another suggestion for the group, which they gamely took up: go a bit farther down the highway to Taal, about a 40-minute drive away, to give everyone (especially the balikbayans) a special treat of history and heritage. I’d also been to Taal before and had visited one of its fabled heritage houses and its cathedral; I wanted to see more. So we set out after lunch and were in Taal shortly after.

The historicity of Taal was immediately apparent in the old Spanish-era houses lining the approach to the town. But what also accentuated (I was going to say “sharpened”) Taal’s uniqueness were the shops hawking a fearsome array of bladed weapons—specifically the balisong, the fan knife of many a boyhood fancy, ranging from the mini to the outsized version. Batangas, of course, and Taal in particular can look back to a proud revolutionary tradition, and the balisong seems to exemplify that don’t-mess-with-me attitude Batangueños are famous for.

We didn’t stop that day to buy any knives—imagine the alarms they’d trigger if someone forgot about them on the plane ride Stateside—but we pressed on to our main destinations: the Apacible and Agoncillo heritage houses, both of which can be found on Agoncillo Street. I’d seen the Apacible house on my previous visit and had been charmed by its wonderfully preserved furnishings, but I was pleasantly surprised to see how the National Historical Commission, which manages the two historic houses, had taken pains to provide visitors with a more enlightening and rewarding experience.

Guests (who may come in for free, but are encouraged to leave a donation) are met and led by a knowledgeable guide; the AV show that introduces the place, its previous owners, and its history was one of the most artistic and professionally produced I’d ever seen. Markers, captions, and child-friendly installations were provided where necessary, and additional information was contributed freely by our young guide. The Apacible brothers—Leon and Galicano—were cousins and confederates of Jose Rizal, who came to their house to talk revolution; Leon was a lawyer and soldier and Galicano a doctor and propagandist, and though less known in the pantheon of Filipino heroes, they come alive in the exhibits that pay due homage to their contributions. 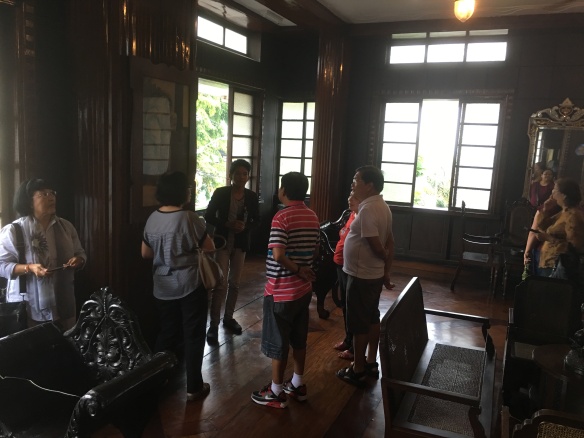 The Marcela Marino Agoncillo Museum and Monument a couple of blocks down the street was just as well kept and well introduced with its own AV production (my kudos to Dr. Maris Diokno, whose dual backgrounds as teacher and historian—not to mention her own proud lineage as the descendant of true heroes—can be seen working here to best effect). Marcela was the wife of diplomat Felipe Agoncillo, but came to be known on her own as the co-creator of the first Philippine flag while on exile in Hong Kong.

Just as Cintai’s gardens had appealed to the spirit, Taal’s heritage houses touched both heart and mind—and it took just a few mouthfuls of the local suman, washed down with barako coffee, to complete our Batangas experience with a boost to our famished stomachs. I’m not knocking Tagaytay, but one of these days, you just may want to go a little farther down the road and try a bit of the best that Batangas has to offer. 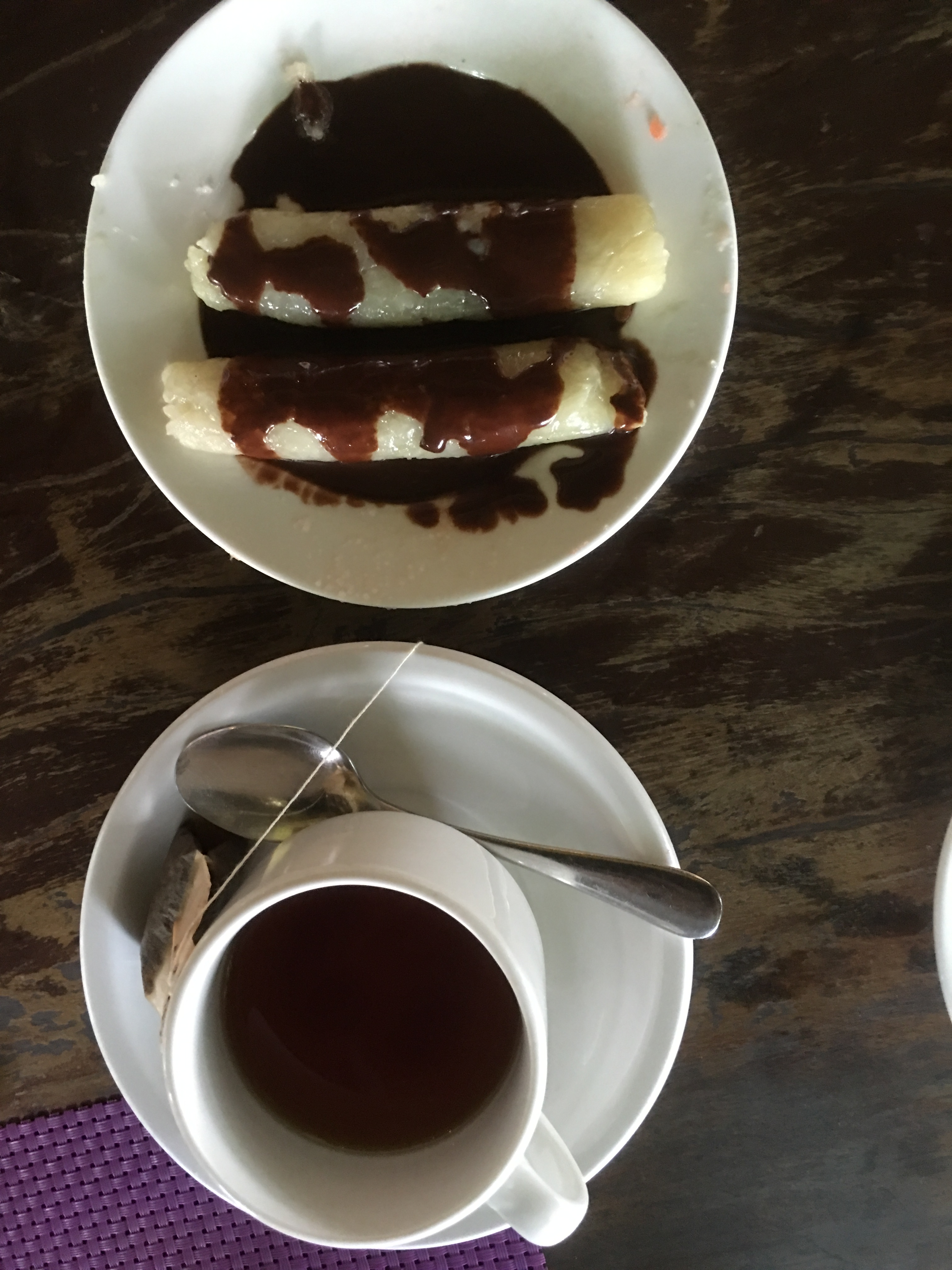