BENG AND I have been fortunate to have visited many of the world’s major art museums—the Louvre, the Prado, the Met, the Tate, and the Art Institute of Chicago, among others—so I was glad for the chance to visit another great one, the Getty, in Los Angeles last week. we were on our way to visit our daughter Demi in San Diego, but decided to stop over in LA for a few days for Beng to meet up with old schoolmates and for me to finally take a longer look at La La Land. In all these years that I’ve been going to the US and passing through LAX, I’d never actually stopped in LA long enough to do the tourist thing and look up at the HOLLYWOOD sign or march down the Walk of Fame near the TCL Chinese Theater.

So when the chance presented itself through Beng’s friend Rose, we dropped off our bags at Rose’s place in West Covina and rode out to do some sightseeing—but first, of the highbrow kind. The Getty and the newer Broad Museum have been on my to-do list, but we had time this time for just the Getty—and I would quickly realize that “just the Getty” was the silliest thing to say.

“The J. Paul Getty Museum” is actually two places in LA all at once—the Getty Center, a complex on a hilltop in the Brentwood area, and the Getty Villa in Pacific Palisades, which houses the Getty’s Greek, Roman, and Etruscan collections. 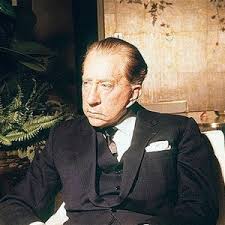 But before we go any further, a word on the benefactor of these palaces of art, Jean Paul Getty (1892-1976), once the world’s richest man, thanks to his daring and foresight in buying a 60-year lease on Saudi oil. Despite his fabulous wealth, he was notoriously stingy, reportedly begrudging his fifth wife the medical expenses for their son who later died, and installing a pay phone at his English villa. When his grandson and namesake JP III was kidnapped in 1973, he dickered and paid only as much ransom as could be tax-deductible, and gave the rest as a loan to his son.

How such miserly men join the ranks of the world’s greatest philanthropists will remain a mystery for psychologists to plumb, but I’ll take it as a form of restitution. Getty had the villa, which fronts his home, built in the early 1970s to house his overflowing collection, but ironically he never saw it, dying in England. The Center, about a 20-minute drive down the beach and reachable by a funicular tram, opened in 1997. Remarkably, entrance to both venues is free; you just have to pay for the parking.

While I prefer modern art—from the utter simplicity of a fish by Brancusi or the melancholy of Hopper’s “Nighthawks”—I never fail to be awed and amazed by the workmanship and luminosity of the earlier masters. The Getty Center’s exhibits of Renaissance and Neoclassical art did not fail to impress. Most stunning of all for me was the work of an artist I’d never even heard of—Giovanni Battista Lusieri (1755-1821), whose A View of the Bay of Naples, Looking Southwest from the Pizzofalcone towards Capo di Posilippo, a monumental landscape with an equally kilometric name, displays an uncanny awareness of both the largeness and the smallness of things. True to her art-restorer self, Beng came to within half an inch of many masterpieces, scrutinizing the restorer’s technique, until the guard had to shoo her away.

The villa, on the other hand, was as much to be visited as an artwork in itself as the pieces it contained. I was mesmerized by the beauty and delicacy of Roman glass, and by the almost contemporary pixilation of the mosaics, but like Mt. Vesuvius towering over Herculaneum—the villa’s inspiration—Getty’s shadow hovered over everything. Not surprisingly, he’s buried somewhere on the premises.

We left LA for San Diego the next day, but not before indulging my small wish to cruise down Hollywood Boulevard for an encounter with the stars—at least those at one’s feet. While we never got to meet the likes of Gal Gadot or Emma Stone (not even Vin Diesel or Dwayne Johnson), we did spot several Spider-Men and lesser icons strutting on the street, ever ready for the next selfie. I had the feeling that I was going to meet a galaxy of these superheroes in San Diego, where Comic-con was due to open in a few days. (And with any luck I hope to be able to report on and from that event next week, as I did last year.)

My readers will understand if I admit that, back in Hollywood, I planted my feet on the star of a reality-TV host named Donald Trump; it was, after all, a sidewalk, with all the stars meant to be stepped on—some, perhaps, more so than others.

(Photo of J. Paul Getty from Celebrity Net Worth; Lusieri painting from Wikimedia.)