FROM MY lofty perorations on literature these past two weeks, allow me to slide back down to the more pedestrian and frankly more entertaining plateau of pop culture, to talk about that object of desire that’s changed the world in more than a few ways this past decade—the iPhone.

What triggered this piece was last Tuesday’s launch in the US of the iPhone 8, iPhone 8 Plus, and iPhone X (read: iPhone Ten), Apple’s much-hyped rollout of its 10th anniversary models with a promised slew of new features. I won’t bother you with all the details, which you can find on apple.com/iphone. I’ll just summarize some of the hottest come-ons of these new toys: Face ID, wireless charging, OLED screens, Portrait Lighting, Animojis, better cameras, and longer battery life.

Natch, all of that comes at a price—a pretty hefty one. For the most feature-laden, top-of-the-line iPhone X, you can hock the family jewels, as it will cost you a whopping $1,149 plus tax, or well over P60,000, which normally should get you a decent laptop. It’s more than Apple has ever asked for an iPhone, so the question even the most rabid Apple fan will be asking is, “Is it worth it?”

That’s an existential question that will also involve asking what you were created for, what the future will be, the difference between need and want (nada), and how life’s privations can justify apparent extravagance. The fact that I don’t have $1,000 sloshing around right now makes it easier for me to frame an answer, but an equally glaring fact is that I have owned every model of iPhone that ever came out, except for the 3G, so I wouldn’t be surprised if I ended up trading a few old pens for the X. (My justification has always been—aside from being a self-styled, occasional “technology journalist”—is that life is short and getting even shorter, and getting the newest things now is a way of cheating time. That’s why I was among the few Apple geeks who brought in the first iPhones back in 2007 and got them to work with local SIMs long before “jailbreaking” entered the tech vocabulary—but that’s another story.)

The real question to ask is, what has the iPhone (and, to be fair, the Treo, the BlackBerry, the Nokia, and all the Android clones) wrought upon our lives? For those of us past midlife, it doesn’t seem too long ago when a “cellphone” (how quaint the word seems now, when even “flip phone” seems ancient) was just a portable house phone you lugged around to make calls at the streetcorner and impress people, and the coolest add-ons to your cellphone were flashing diodes and “El Bimbo” or “Macarena” ringtones.

In an attempt to answer that question, and on the eve of the big iPhone X/8 rollout, the New York Times put out a video on its website talking about “Things Apple’s iPhone Helped Destroy,” to wit: alarm clocks, cabs, cameras, small talk, calendars, the compass, the address book, work/life balance, postcards, the watch, shame and humility, the carpenter’s level, maps, anonymity, and photo albums.

It’s all true, of course: your iPhone 7 and Samsung Galaxy S8 have assumed such inordinately huge roles in your daily life that you might as well be comatose without them. The first thing my wife Beng does when she wakes up isn’t even to kiss me but to check out Facebook (on her 6s Plus, a hand-me-down from my 7 Plus, which proves how families exist to provide a natural and environmentally friendly recycling system for used gadgets, and always a good reason for upgrading at the top of the chain). And where would we be without Waze? (Still stuck in traffic, but at least Waze gives us a scientific basis and a graphical interface for our panic.) 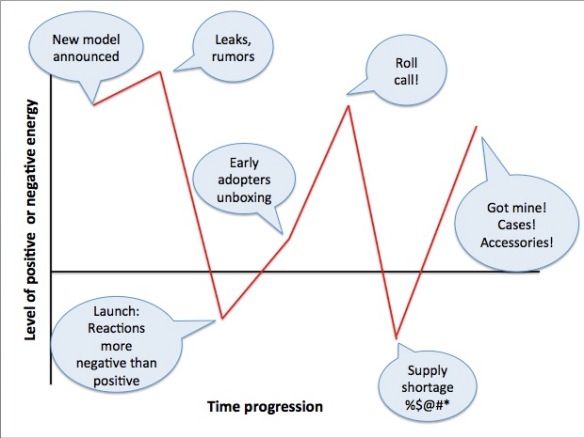 Over at PhilMUG—the venerable Philippine Macintosh Users Group, where we light incense sticks and mumble mantras at Steve Jobs’ altar and tithe away our next year’s salary to Apple—the response to the entry of the iPhone 8, 8 Plus, and X into our humdrum existences was predictably mixed. You heard the usual grumble about pricing (“$999 for a phone? That’s insane!” followed by “But, uhm, we paid P45,000 back in 2007 for the first 16GB iPhone, remember?”), the geeky handwringing over tech specs (“Does facial recognition mean that my wife can open my phone while I’m sleeping by bringing it up to my face?” Answer: No, your eyes have to be open), and the feeble pledge of loyalty to the old model (“My iPhone 7 has served me faithfully this past year… so I’ll wait… until my Christmas bonus”).

To truly complete the New York Times’ list of things the iPhone helped destroy, let’s add “sense of satisfaction”—the idea that we could happily live with something for at least five years, like the way I’ve blissfully cohabited with many of my fountain pens for three decades now, not mention my wife of 43 summers, even if she prefers Facebook to my drool-stained cheek.

(Images courtesy of Apple and SE20@Philmug)