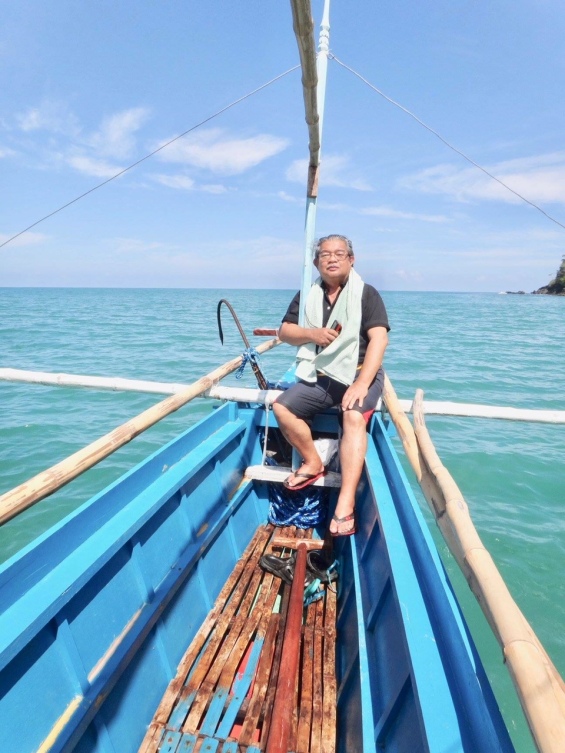 IT’S BEEN an awful season for writers and lovers of art, as I noted last week. I thought that the passing of Edgardo B. Maranan last May 8 was going to be the last of these woeful events, but no sooner had I spoken at the necrological services for Ed than I was being asked to help put similar rites together for Senator and former UP President Edgardo Angara, who died a few days later on May 13. What an odd coincidence, I thought—first, we lost the two Totis (Bautista and Villalon), and now we were bidding two Eds goodbye.

But among all of those who left us, I felt that it was Ed Maranan whom I knew best. I’d written a biography for Ed Angara, but biographers never really josh their subjects, the way I could do with Ed Maranan. Ed M. invited that, because he dished out a lot of humorous banter himself, even and especially in the worst of times. He could have been in excruciating pain—and I’m sure he was, in his worst days—but he just couldn’t pass up a chance to play with words, as all true writers do.

Most of the eulogies delivered at Ed’s brief wake memorialized and lauded him for his activism—Joma Sison even sent in a statement from Utrecht praising Ed as a “communist,” which he was, at least at some point, as far as I knew. But the Ed I chose to remember was no dour doctrinaire. He loved and enjoyed life immensely (not that communists don’t), and I never heard him spout the Party line; he was too spontaneous, too freely minded, for that.

He was older than me by some eight years, but Ed and I belonged to the same generation of playwrights in Filipino who came of artistic age in the 1970s, a brood that included the likes of Bienvenido Noriega, Bonifacio Ilagan, Nonilon Queaño, Malou Jacob, Reuel Aguila, Rene Villanueva, and Isagani Cruz.

I moved on from writing for the stage to screenwriting later in that decade, thanks to Lino Brocka, and Ed soon asked me if I could help him break into the movies, too. I did—I passed on an assignment that I might have been too busy to do then, a project starring a popular sex siren (and to this day, I wonder why I gave that one away). Later, Ed and I would share another experience—being shafted out of our fees (“nasuba,” in Pinoy screen lingo), and we learned to shrug our shoulders in dismay and disgust.

Our paths crossed again in the mid-1990s, when I got a writing fellowship to Hawthornden Castle in Scotland, and had to pass through London—my first trip ever to Europe, or some part of it. Ed had found a job as information officer with our embassy there by that time, and he became my gracious host. Having ushered at the National Theatre, he took me out to free showings of Shaw and Pinter. Having nothing to repay him with, I washed the dishes in his apartment near Goldhawk Road.

We were both named to the Palanca Hall of Fame in 2000. At that point, with 16 Palancas, I stopped joining, and told Ed that it was about time we hung up our gloves. He wasn’t listening. Like his arch-rival Rene Villanueva, he went on and on, until he had racked up more than 30 to Rene’s 27 (Rene sadly passed away in 2007). It wasn’t the prize money, but the exhilaration of joining and winning, with those two.

A few years ago, in writers’ workshops in Palawan and Puerto Galera, I watched Ed in classic form, charming the ladies with his unstoppable if atrocious puns. I kept rolling my eyes but the ladies kept laughing, much to my growing annoyance. But that was his humor, sly and gentle, as easy on the ears as the guitar he loved to strum.

And then his body began giving up on him, here and there, and he’d message Beng to say, with a rare sigh of sadness, “How the heck did I get a liver problem when I don’t even drink?”

It had been his great dream to go to Hawthornden Castle like I and some other Filipinos had done, and he had been accepted and was all set to leave, but now it was not going to be. Last March, he wrote Hawthornden to say he could barely write with his fingers, and couldn’t come. I could see the deep frustration in his words.

But now he’s off to that great fellowship in the sky with Rene Villanueva, and I hope they hold a celestial edition of the Palancas to keep both guys busy and to settle, once and for all, who the more prolific prizewinner is. Toti Bautista is also going to be there, of course. I hope he enjoys puns because he’s going to get an earful—nay, an eternity of them—from Ed.

So here’s a sad goodbye to a good friend and one of the truest gentlemen of letters I knew. Paalam, kaibigan.