TWENTY-FIVE YEARS ago, I took on the first of what would become many biographical assignments: the life story of the Lava brothers. In many ways, they remain the most fascinating of my subjects, brilliant men with PhDs and other advanced degrees from such schools as Columbia, Berkeley, and Stanford who, despite their upper-middle-class origins, were counted among the most dangerous subversives in the 1950s and 1960s.

Three of them—Vicente, Jose (Peping), and Jesus—became general-secretaries of the Partido Komunista ng Pilipinas. Never Party members, Horacio and Francisco (Paquito) were nationalists and civil libertarians who served in high government positions—Horacio as one of the new Central Bank’s top economists and Paquito as chief legal counsel of the Securities and Exchange Commission, which he helped organize. (A sixth brother, Pedro, also became a Party member in the US but died before the war.)

I remembered them last week when I read the reports of bookstores being splashed with red paint and of a certain government official spewing the same substance out of her mouth. No, I’m not going to defend Vicente, Peping, and Jesus Lava against Red-tagging; they were proud communists to the end.

What has stuck in my mind from the many interviews I held with Peping and Jesus in their home in Mandaluyong was a moment with Peping—who, when I met him in the mid-1990s, was a frail and white-haired old man. Peping had graduated salutatorian from the UP College of Law in 1937 and his thesis, hailed by Dean Vicente Sinco as the best they had ever received, was published by the Harvard Law Journal. In his dotage, Peping seemed stiff, dour, and humorless, but as a young man he had played the banjo, with “Always” and “Five-Foot-Two” among his favorites.

At some point, I asked Peping: “Among all the figures in history, whom do you admire the most?” Without batting an eyelash, sitting ramrod-straight in his wooden chair, he answered: “Stalin and Marcos.”

The mention of Joseph Stalin, the Soviet Union’s brutal dictator for over 30 years until his death in 1953, was disturbing but not surprising. The PKP looked up to the Soviet Union as a model, and some of its members had been trained there, although the Lavas themselves downplayed the connection, citing the Philippines’ greater affinity with the Chinese experience. Upon his release from prison in 1970, Peping had gone to Moscow, and then to Prague, where he and his wife lived for the next 20 years. Clearly, even if Stalin had long been officially repudiated in Russia, he left a deep and positive impression on Peping.

What I didn’t expect—although it would make sense in retrospect—was his admiration for Ferdinand Marcos, whom he had never personally met. Why would Peping Lava, a hardcore Communist, admit to being a fan of yet another dictator, whose martial-law regime was responsible for the deaths of tens of thousands of so-called “enemies of the State,” many young and idealistic revolutionaries among them?

The answer might be found in the relationship that Marcos cultivated with the old Left, including a meeting between Marcos and representatives of the Movement for the Advancement of Nationalism (MAN) in 1968. Negotiations between Marcos and the PKP leadership reportedly followed, resulting in the release of Peping in 1970, and of Jesus Lava and Casto Alejandrino in 1974; Luis Taruc had been released even earlier in 1968. (The PKP had been decapitated by the arrest of Peping and many leading members in 1950, followed by the arrest of Jesus in 1964.)

The Lavas were convinced that, despite all his liabilities and abuses, Marcos was a nationalist at heart who was aware of, and opposed to, American imperialist control over the country’s economy and politics. The Americans, not Marcos, were the main enemy. (Peping believed that the Americans were responsible for the deaths of Ramon Magsaysay, Claro M. Recto, and Ninoy Aquino.)

They were attracted by his “independent” foreign policy, especially his diplomatic overtures to China and the Soviet Union. Citing international sources, they even surmised that their release had been a precondition attached by the Soviets to rapprochement with the Philippines. Jesus Lava would contend that as of 1974, the PKP had entered a “negotiated political settlement” with the Marcos administration and had therefore been legalized. (Meanwhile, breaking away from the old PKP, Jose Ma. Sison had “re-established” the CPP in 1968, and it would be his CPP-NPA-NDF combine that Marcos would go after under martial law, as would Marcos’ successors.)

If any of this sounds familiar in light of our recent history, you win no prizes. When Rodrigo Duterte came to power in 2016, my old friends on the Left bubbled over with excitement, believing they had found a trustworthy ally who was prepared to unfriend America in favor of rosier relations with China and Russia. I was dismayed then by what I thought was fatal naivete, or miscalculated opportunism; he played them, not the other way around.

Today, with such instrumentalities as the NTF-ELCAC and even education officials at the vanguard, going against the Reds is back in fashion. The “threat” they pose is allegedly serious enough to warrant billions in the budget for anti-subversion programs, never mind that the CPP-NPA’s military significance has been severely diminished over the past 40 years, and that we need that money for more pressing concerns.

Never mind, too, that Russia and China—the erstwhile centers of the global Red revolution—are now universally condemned as oppressors of their own people and aggressors beyond their borders. Stalinism is back with Vladimir Putin, and Xi Jinping is trying to out-Mao Mao. (And another Marcos threatens to return to Malacañang. Peping Lava could feel right at home today.) Our government says it hates communists with a passion, and yet the best it can do is remain “neutral” in Putin’s war on Ukraine, and “realistic” in dealing with China’s encroachments on Philippine territory.

All this leads me to conclude that the old Marxism-Leninism—which is barely recognizable in today’s Russia and China—is no more than a bogeyman, and even the government knows that. Red-tagging just happens to be a convenient cover to attack the real enemy: the liberal middle forces now at the forefront of reform and of democratic regime change. The color of danger is pink, not red. 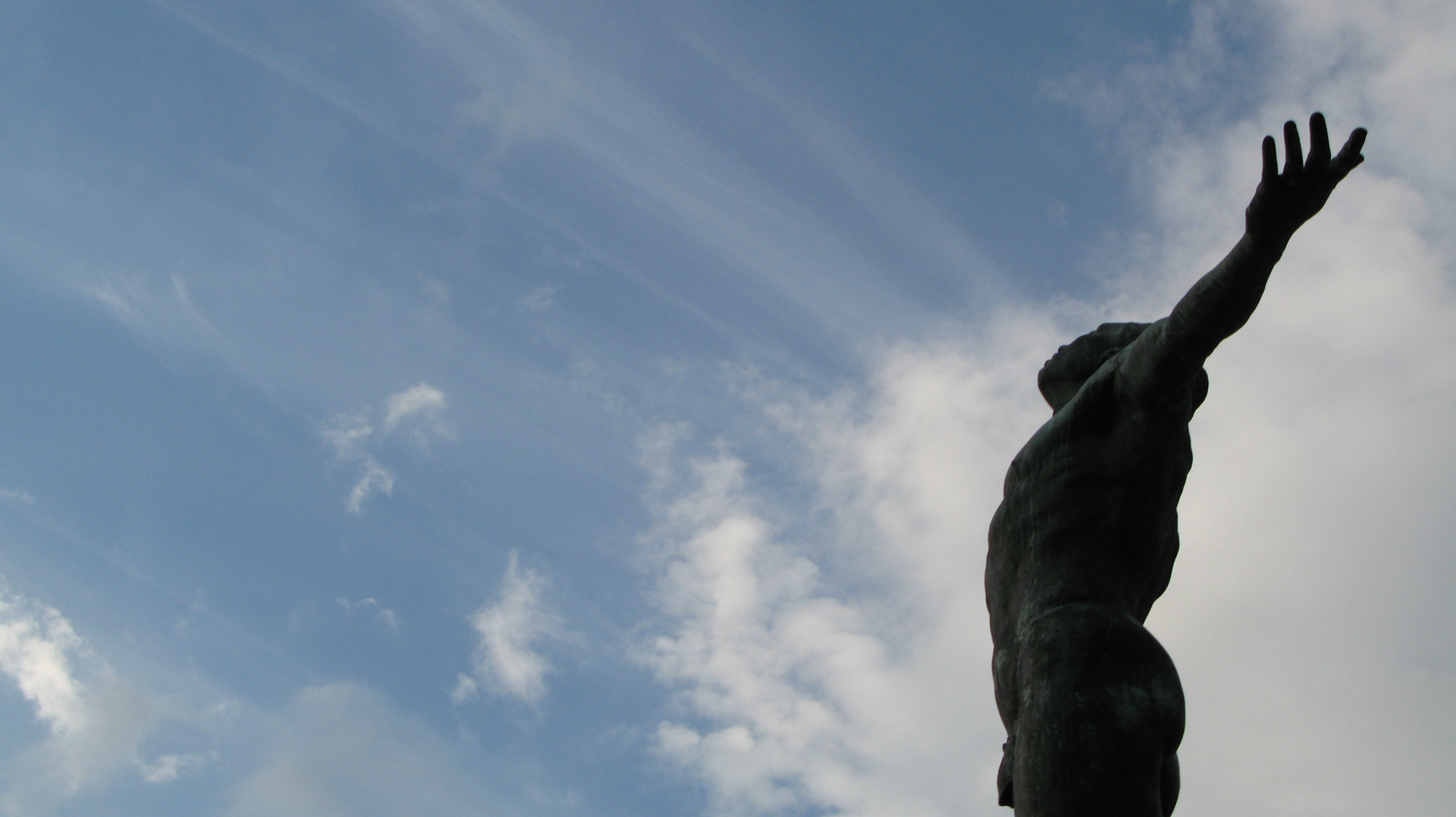 I’VE BEEN seeing frothy messages on the Internet calling for the University of the Philippines to be shut down because it seems to be producing nothing more than anti-government critics and rebels (and, uhm, five out the seven new National Artists announced last week).

It’s no big secret that rebellion and resistance are coded into UP’s DNA, because it has always encouraged critical thinking, which in turn encourages—at least for a while, until complacency sets in—an attitude of dissent, of anti-authoritarianism, of rejection of the status quo. That’s how knowledge happens, as every scientist since Galileo has affirmed. Learning to lead requires critical thinking; learning to follow demands nothing more than blind conformity.

Apply that to the political sphere, and not surprisingly, UP has for the past century been a crucible of protest, against both internal and external forces seeking to influence its constituents’ thoughts and actions. Those protests and their causes have ranged from tuition fees, uniforms, and substandard facilities to unfair dismissals, Malacañang interference, foreign control of our destiny, and the overhaul of Philippine society itself.

In 1928, a law prescribed the wearing of uniforms by students in all public schools, including UP. The uniform for men was a white suit (khaki on rainy days); for women, a white blouse and dress reaching three inches below the knees. UP students opposed the measure, and President Rafael Palma supported them.

In 1933, the first student protest against a tuition fee increase, from P30 to P50 per semester, took place at the College of Education in the form of a boycott led by, among others, Fe Palma—the daughter of the President.

The resistance got more serious when it came to political interference in UP affairs. In the early ‘30s, in a tussle over differing positions on Philippine independence, then Senate President Manuel Quezon punished Palma—and the entire University—by removing UP’s lump-sum allotment. Quezon was a notorious meddler in UP matters, often coming to Padre Faura from Malacañang when he was President astride a white horse. A young UP law student even attacked Quezon for his “frivolity,” accusing Quezon of throwing lavish parties in Malacañang while the country suffered under the Americans. The student’s name was Ferdinand Marcos.

This didn’t stop with Quezon. When President Quirino demanded courtesy resignations from all government officials, UP President Bienvenido Gonzalez refused to tender his, to protect UP’s autonomy.

In the 1950s, at the height of McCarthyism, the Congressional Committee on Anti-Filipino Activities conducted a witch-hunt for communists in UP; the committee was led by Cong. Leonardo Perez, himself a former Collegianeditor. A throng of 3,000 students led by Heherson Alvarez and Reynato Puno marched to Congress in protest.

Diosdado Macapagal made few friends in UP when, upon assuming office in 1962, he announced that his choice for next UP President was Carlos P. Romulo, practically bypassing the Board of Regents. Macapagal got his way.

About Macapagal’s successor Marcos, I can only say that as a 17-year-old participant in the Diliman Commune, I carried but never got to throw a Molotov cocktail—but I would have if I had to, firm in the belief that the military had no right to drive their armored vehicles onto UP grounds. 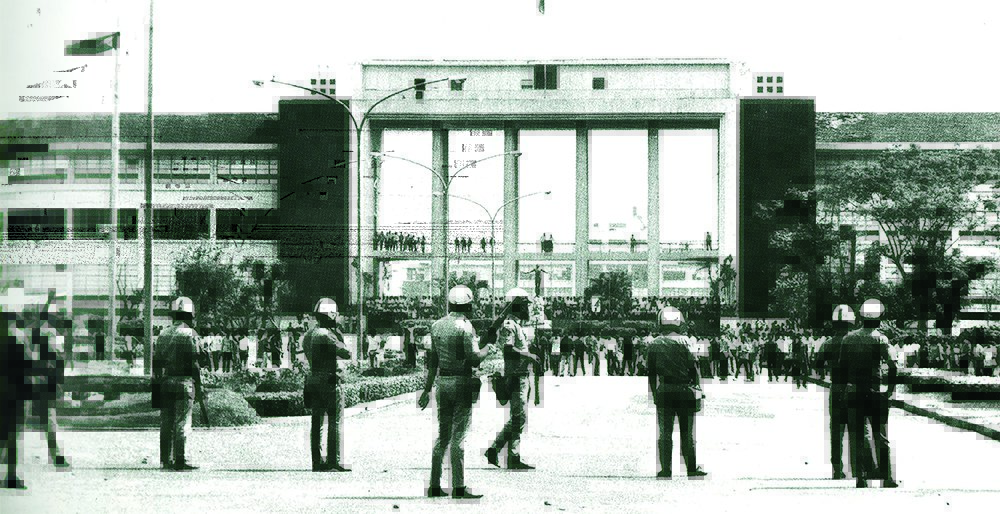 True, since the 1940s, many of the leaders of the Communist Party of the Philippines have come from UP, from the fascinating Lava brothers to the English major Joma Sison. But UP has also bred Presidents Laurel, Roxas, Macapagal, Marcos, and Macapagal-Arroyo. Ramon Magsaysay and Fidel Ramos both spent time in UP before moving elsewhere. We can add hundreds of senators, congressmen, Supreme Court Justices, Cabinet secretaries, and icons of industry, the arts, the sciences and the professions to this list.

In other words, UP has attracted all kinds—communists and socialists, yes, but also capitalists, ultraconservative Catholics and born-again Christians, Rizalist cultists, military agents, the Ananda Marga, and Muslim separatists. Our 300,000 alumni can count saints as well as scoundrels, Jedi Masters and Sith Lords, democrats and demagogues.

And the same thing can be said of top global universities like Cambridge, which in the 1930s was home to what came to be known as the “Cambridge Five,” led by the top Soviet spy Kim Philby. There’s a Communist Party of Canada Club at the University of Toronto, alongside an American Culture Club and a Chinese Christian Fellowship. Even Wharton has a Marx Café, an underground club of Marxist enthusiasts.

When you think about it, apprehensions about UP in 2018 are no more tenable than the charges laid against freethinkers on campus back in the 1940s. And we actually do a lot more than rebel—look into our breakthroughs in research on www.up.edu.ph, which has helped boost our ranking to the top of Philippine universities.

For me, the true heart of UP lies neither in the Right nor the Left, but in that great liberal middle—“liberal” with a small “L”—whose members value the freedom to think, to speak, to study, and to teach, subscribing neither to State propaganda nor to Party doctrine, but trusting their own reason and education to illumine the way forward.

In its editorial of April 14, 1962, the Philippine Collegian wrote this about outgoing President Vicente Sinco, a visionary who fathered what came to be known as the General Education program and who fought to maintain UP’s secular character:

“Dr. Sinco is one of the most liberal of UP presidents. He has stood for intellectual freedom, for the autonomy of the mind…. This particular achievement of Dr. Sinco in… protecting the freedom of intelligence from the infringements of lies, orthodoxy, and mediocrity is a challenge to anyone in the future who will occupy the office.”