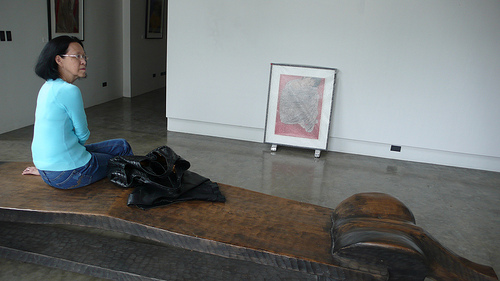 I WAS very pleased and much relieved—and, as one of the convenors—immensely proud for the Philippines to have successfully hosted this year’s conference of the Asia Pacific Writers and Translators (APWT) late last month in Manila.

Among the highlights of the conference was a keynote talk given on the last day by none other than one of our foremost fictionists and critics, Dr. Cristina “Jing” Pantoja-Hidalgo, now the Director of UST’s Center for Creative Writing and Literary Studies, who spoke on a subject even her fellow Filipino writers like me know very little about or pay only minor attention to—the journals, memoirs, and autobiographies of Filipino women. I found her lecture (titled “The Subversive Memory: Women Tell What Happened”) so informative that I asked her permission to excerpt parts of it to share with my readers, so here:

Several generations are represented in the seven women who are the subject of my new book, which I called To Remember to Remember…. t today is referred to as multi- er, is available at the UST Publshing Housee so informative that I asked her permission to exce

The oldest, Paz Policarpio-Mendez, was born in a small town in the province of Nueva Ecija in 1903, and was among the first children to enter the American public school system, and one of the first women to go all the way to college in UP. But, to get there and to stay there, she had to fight her father – who did not hesitate to beat her when he objected to her behavior or her opinions. Always painfully aware of her father’s preference for his sons, she strove to win honors in school, to merit his approval. But he never gave it. Later, she married a journalist who eventually became a diplomat, and finally the Secretary of Foreign Affairs. But Paz went right on studying and teaching, while raising a family, and attending to the duties of a diplomat’s lady.

The youngest, Rica Bolipata-Santos, was born in Manila, and educated entirely in Catholic schools, until she decided to get a PhD in Creative Writing in UP. She is sister to the three famous Bolipata brothers, musical child prodigies. This doomed her to play second fiddle to them, to grow up feeling unimportant, untalented, even ugly. Kept back from developing her own musical talent (she could sing!), not deliberately or maliciously, but through neglect, she found her voice in writing and in teaching. Now she is also an academic administrator. But the biggest trial in her life has been her special child, and her memoir is the story of her struggle to cope with anger, sorrow, sometimes despair.

In between there is Solita Camara-Besa, a woman who describes herself as a battered child – this abuse by her father did not let up even after she was married, until her husband, demanded that she choose between himself and her parents. For all this, she became one of the country’s first women doctors—though again, she experienced appalling gender discrimination in the UP College of Medicine, of all places—and was part of the heroic little band of UP faculty members who kept UP and its teaching hospital, the Philippine General Hospital – running throughout World War II.

The remaining four writers who are part of the book took for granted their right to an education and to careers of their own. But they had their own battles to fight. For Gilda Cordero-Fernando (b. 1930), maker of baby bags, keeper of antique shop, fashion designer, publisher, and one of the country’s finest writers of fiction and nonfiction, the battle was against her mother and the convent school education that she felt trapped in; against her husband who resented her writing, her writer friends, and the many worlds that her numerous gifts opened up to her, but kept a mistress for most of their life together; and against conventional ideas about what constitutes accomplishment and success.

For the prize-winning poet and academic, Merlie Alunan (b. 1943), it was the battle to hold it all together when she became a single parent, seeing herself and her children through school, teaching in college, holding workshops for struggling young writers, and picking up poetry awards along the way.

Jennifer Ortuoste (b. 1968) trained as an apprentice racehorse jockey, married a professional jockey and raised her babies in the Santa Ana Racetrack. Hers is the story of a battered wife; and the story of the collapse of her marriage is told against the backdrop of the demise of the racetrack that she loved. When her marriage fell apart, she picked herself up, became a journalist, got an M.A., and is now writing prizewinning fiction and nonfiction.

Criselda Yabes (b. 1964) chose a profession, which until the generation before hers was not considered quite respectable for women—journalism. The most independent, unconventional and alienated of the seven, her story is focused on 16 months of her life, the period after she had been abandoned by her lover of seven years. And, to keep a hold on sanity, she went to Europe, first on a scholarship, then as a war correspondent in different countries, until, in a borrowed apartment in Athens, she began to write about the year she had just lived through, and so found her way home.

In life, these women broke from the mold. They would not settle for what was expected of and from them as women. They wanted different things. In writing their memoirs, they, again, transgressed. For in the Philippines, family matters are kept private, particularly matters which will make the family lose face; one’s personal memoirs inevitably include other members of the family. They may not have been flaming radicals, marching down streets, waving banners and chanting slogans, or being hauled off to jail, being tortured and even killed, as some of their sisters were. But, in their own quiet way, they were rebels….

I read the memoirs of the three older writers as variations on a theme, the theme being the education of the modern Filipino woman, and her transformation, from sheltered schoolgirl into formidable, professional woman without relinquishing the role of wife and mother. I do not claim for this narrative that it applies to all modern Filipino women, nor even all modern Filipino women of the middle class (to which all three belong). But I do believe that it is a pattern that many Filipinas aspire to, and can therefore identify with. And I suggest that in telling their own life stories, these writers are creating a different myth, to replace the older narratives about the Filipina and her role in society….

These are the narratives that we, the next generation of Filipino women writers inherited. Most of our mothers had college degrees and careers. After they married, those who lived in extended families, or could afford reliable yayas went on working, and became quite expert at juggling their several roles, what today is referred to as multitasking, and they trained their daughters to do the same.

The memoirs of the younger writers are, in a sense, their response to these narratives. I take them as signposts. They mark the latest paths taken by Filipinas and what they reveal is the distance they have travelled, but not a change of direction. Those pioneers, some of them already so bold for their time, but working in relative obscurity, had pointed the way….

What these women have done is take the personal narrative—either the full-length autobiography or the memoir—and use it to open doors previously kept firmly locked, and to explore their own thoughts and feelings about the monsters lurking in its shadowy corners. This they have done in language both precise and elegant. Thus have they contributed to the story of their country, and the place in it of Filipino women.

(Jing Hidalgo’s new book, To Remember to Remember, is available at the UST Publishing House for P400.)